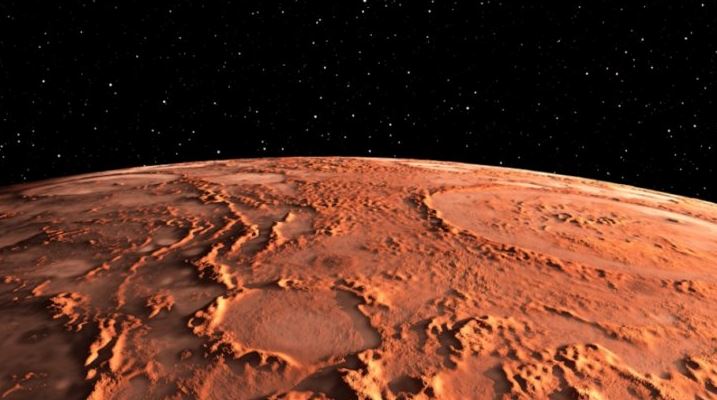 Now the world’s leading aerospace agencies are preparing their Martian programs to explore the red Planet. Very soon the Mars 2020 mission will start, the purpose of which will be to study the surface of Mars and find what scientists and science fiction writers have been talking about for many decades-life beyond our planet. However, one of the former NASA scientists in his blog, written specifically for the journal Scientific American said that traces of life were discovered on Mars for a long time — more than 40 years ago.

Is there life on Mars?

Unfortunately, there is no definite answer to this question yet. However, senior NASA scientist Gilbert Levin, along with his colleagues in the Labeled Release experiment in the second half of the 1970s in samples of Martian soil found, according to him, evidence of traces of the presence of life on Mars. The soil was taken as part of the Viking program. In short, the Viking program included the launch of two spacecraft, Viking 1 and Viking 2, which were to investigate both the orbit and surface of the fourth planet from the Sun, as well as the search for life in soil samples.

But how did you detect the presence of life? According to Mr. Levine, the Labeled Release experiment was based on an experiment proposed in 1864 by the famous biologist Louis Pasteur. A couple of centuries ago, a European scientist noticed that if microbes are allowed to multiply in a nutrient solution, then gas bubbles will appear on the surface of this solution. On Mars, the experiment lasted seven days (Louis only had a few hours). That is, in fact – it is a test for the presence of bacteria metabolism, which indirectly indicates their presence. The only thing that can give a false positive reaction is chemical processes like boiling of the nutrient solution. At least, in experiments on Earth it was so. But in order to avoid this, as part of the experiment, control of the ambient temperature and the solution was added to prevent overheating.

And as a result, the gas bubbles were indeed fixed. However, subsequent molecular analysis failed to detect organic matter in soil samples, and NASA experts concluded that the Labeled Release experiment found “a substance that mimics life, but it is not.” What do you think it could be? Express your suggestions in our chat in Telegram. At the same time, none of the subsequent vehicles landed on Mars, was not equipped with devices capable of detecting the presence of life, which is called “here and now”. For this purpose it is necessary to take soil samples, and to carry out the analysis later. Moreover, Gilbert Levin notes that the new Rover, which will go to Mars in 2020, also does not have such tools. And means opportunity finding life there standard ways remains under big question. Do you agree with the opinion of a former NASA expert?