A lady scratches a Tesla Model 3 and the car records it. After watching her video going viral she surrendered to police 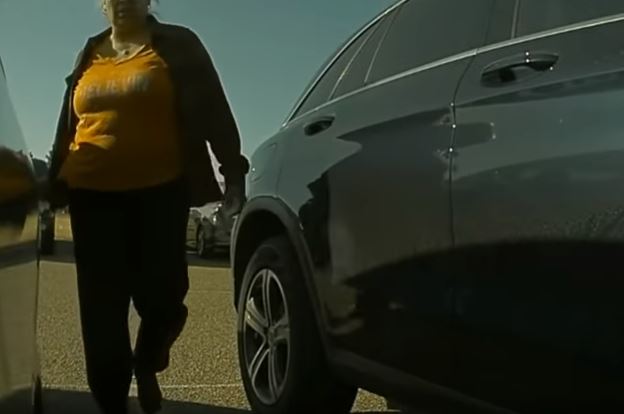 A 57-year-old woman surrendered to the Broomfield Police (Colorado, USA) last Thursday, October 3, after scratching a Tesla Model 3 that was parked and being recorded on the spot by the vehicle’s cameras.

This ‘guard’ security system activates the nine cameras placed on the outside of the car when it detects a threat or theft risk (for example, if someone looks out the windows ).

It even allows you to download a video recording, which starts 10 minutes before a threat is detected, by inserting a USB drive into the car before enabling Sentinel mode.

After the event, the owner of the car, Alan Tweedie, decided to go to the Broomfield Police to report the facts. At the same time, the recording made by his Tesla Model 3 was uploaded to Facebook in order to achieve dissemination and to find the author of the vandalism, as reported by CBS4 , resulting in a success.

The impact was such that the video exceeded 188,000 views in just five days (as of the date of this post accumulates more than 276,000), and the person responsible for the incident ended up confessing to the Boomfield authorities, as confirmed by the police through the aforementioned social network.

“We received hundreds of tips on the video of the woman scratching a Tesla over the weekend. We identified the suspect, Maria Elena Gimeno, 57, earlier this week. Last night she turned herself in and was signed up at the Detention Center of Broomfield under the charge of Criminal Mischief , a class 6 felony. We appreciate the help of the community in resolving this case. “