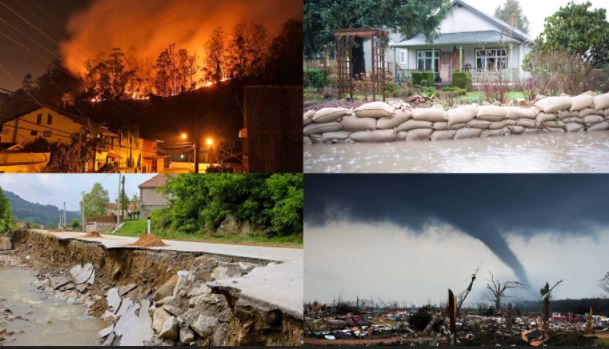 The deformation of the Earth’s surface can be monitored by radar satellite observations, supported by GNSS (Global Navigation Satellite Systems) stations and satellite reflectors. Such an observation system was developed at the Institute of Geodesy and Geoinformatics of the Wrocław University of Environmental and Life Sciences (UPWr).

As scientists from UPWr explain in a release sent to PAP, expansive coal mining means that areas in Upper Silesia may settle by more than one and a half meters per year. This causes problems in the infrastructure of the utility network, transport and creates a risk of deformation of buildings and structures.

So far, ground subsidence measurements have been performed. However, it was tedious and time-consuming. It was not possible to observe the entire mining area. Radar satellite observations and the satellite-terrestrial system for monitoring geodynamic processes developed by the employees of IGiG UPWr will allow monitoring terrain deformations in a comprehensive manner. They will be used for this, among others Sentinel-1 satellites from the Copernicus satellite constellation led by the European Space Agency.

A multi-GNSS satellite receiver has been installed in the Historic Ignacy Mine in Rybnik. GNSS reference points and SAR reflectors for satellite radar interferometry have been established around the nearby Hałda Szarlota. A multi-GNSS satellite measurement system has been installed in the Silesian Planetarium in Chorzów, Katowice, Będzin, Chełm Śląski, which conducts continuous measurements, registering 20 observations per second from all visible GNSS satellites. Data from the station is sent in streams to UPWr servers and then analyzed every 15 minutes.

As a result, scientists have continuous information about the three-dimensional displacement of buildings and land subsidence, as well as possible bumps.

The terrestrial-satellite system for monitoring infrastructure facilities and geodynamic processes developed by IGiG UPWr allows to protect of monuments and objects, e.g. in Będzin and Rybnik, buildings, structures, and ground infrastructure in areas covered by current and completed mining operations in Katowice, Chorzów, Bytom, Zabrze, Gliwice, and Rybnik.

The system combines two main techniques for monitoring surface changes. Both are used in radar measurements made by satellite remote sensing sensors. Classic differential techniques of synthetic aperture radar images (DInSAR) are used to detect and measure fast movements, and advanced methods based on permanent diffusers (PS / SBAS) allow you to precisely monitor slow movements in a selected area.

The system was built in several stages. UPWr is a leader in the Polish-Italian-Austrian-Dutch consortium under the GATHERS project of the Horizon 2020 program. The European Plate Observation System in Poland (EPOS-PL) has been included in the ministerial Polish Map of Research Infrastructure as one of the 70 key infrastructures for the country’s development. As part of EPOS-PL +, scientists from UPWr gained the opportunity to build a Satellite Data Research Infrastructure Center. The new project is to combine InSAR products with displacement measurements made with the use of GNSS systems: GPS, GLONASS, Galileo, and BeiDou and numerical models created using laser scanning technology (LiDAR) from drone decks. The SAR images are supplemented by microwave satellite reflectors installed by UPWr employees in Upper Silesia