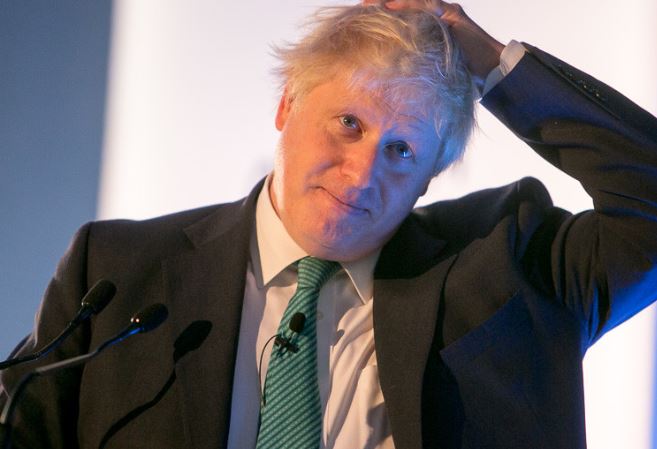 Hours before being forced to return quickly and running to London to participate in the reopening of the House of Commons that he himself tried to prevent , British Prime Minister Boris Johnson made a speech before the UN General Assembly that revolved around The dangers of artificial intelligence . Supposedly.

Just three weeks ago since Elon Musk, in full debate about AI against Jack Ma (then still at the head of Alibaba), began to wonder why we had not yet found aliens, before the general strangeness of the audience. Well, Johnson’s speech has generated even greater levels of strangeness .

To show a button … this is what the British ‘premier’ thinks about what will be Alexa, Amazon’s digital assistant, in the future:

“A future Alexa will pretend to receive orders. But this Alexa will be watching you, clicking her tongue and kicking the floor.”

Missing? You haven’t seen anything yet.

Another of the great phrases of the speech mixes references to the Roman circus and the television comedy ‘Little Britain’ (that “the computer says no”):

“Should the machines, and only them, decide whether we are eligible to qualify for a mortgage, insurance or surgery?

We do not know if it is worse that Johnson does not know what color the terminators of the homonymous saga really have , or that the option of some Skynet substitute going to commit genocide resorting to time travel is raised as a plausible hypothesis:

“What will artificial intelligence translate into? Useful robots that care for and wash an aging population, or pink-eyed terminators sent from the future to sacrifice the human race?”

“Boris, look me in the eye.” (Image taken from the ‘Terminator’ saga)
The following sentence makes, at least, meaning … and could even reveal a Johnson deeply aware of the threat to privacy represented by the use of big data :

“It’s possible to hide secrets from your friends, your parents, your children, your doctor – even your personal trainer – but a real effort is needed to hide your thoughts from Google.”

Most media understand the following phrase as a critical reference to laboratory-grown meat , but no one would put their hand in the fire … especially when it can also be understood as a reference to the satirical dystopia ‘Oryx and Crake’, by Margaret Atwood (the author of the ‘Maid’s Tale’):

“What will synthetic biology give us? The recovery of our liver and our eyes thanks to a miraculous tissue regeneration? Or will it only bring terrifying chickens without limbs to our tables?”

After that, Johnson raises a series of brush strokes with his … forecasts for the future of home automation ?:

“In the future […] your mattress will monitor your nightmares; your refrigerator will beep to warn you that you need more cheese, your entrance door will open as soon as you approach, like a silent butler.”

We understand what Johnson wants to imply (or so we believe), but the UN does not seem the best framework to resort to such an exaggerated language and full of references to pop culture , much less at a time when the dangers of this Technology is a matter of serious debate because of the proliferation of weapons equipped with artificial intelligence .