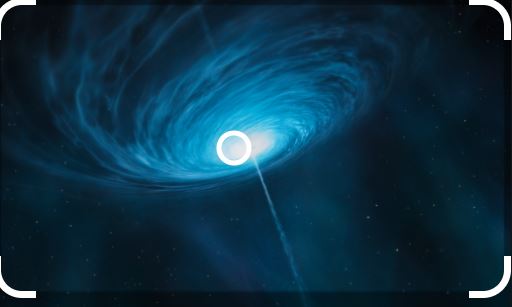 China is planning a complex mission to capture an asteroid fragment. To do this, they will use two different sampling techniques. What is all this for?

For several years now, the importance of the Chinese in space exploration has been growing. Now the Middle Kingdom wants to use its recent success in delivering lunar samples to Earth to capture material from an ancient asteroid that will make a close pass by Earth.

A mission to an asteroid

This object is (469219) Kamo’oalewa, an asteroid discovered on 27 April 2016 with the Pan-STARRS 1 telescope. It has a diameter of 40-100 m and was captured by Earth’s gravitational field. It orbits the Sun while orbiting the Earth at 38-100 average Earth-Moon distances. It poses no threat to our planet (it is not on a collision course), although it will circle it for another few hundred years.

The asteroid accompanies the Earth in its movement around the Sun – it circles our planet beyond the boundary of Hill’s zone (Earth’s gravitational dominance zone) and is a so-called coorbital object. It is a quasisatellite of the Earth.

In 2024, a Chinese spacecraft will be launched towards Kamo’oalewa with the aim of landing on the planetoid and taking its samples. It is expected to return safely to Earth a year later, along with a priceless payload that could tell astronomers a lot about the origins of the Solar System.

This will be another mission to an asteroid/NEO object after Hayabusa 1 and 2 and OSIRIS-Rex. This is a major test for the Chinese. The country has so far launched only one interplanetary mission, Tianwen-1, which took an orbiter and rover to Mars.

A paper published in Nature Astronomy suggests that there are two typical approaches to sampling asteroids such as Kamo’oalewa: anchor and retrieve, and touch and go.

The first method requires more direct interaction with the planetary body but allows for better quality samples and a more complete analysis of the surface. The second, already used by Hayabusa 2 and OSIRIS-Rex, involves flying over an asteroid and taking samples from its surface – like applying sand in a sandbox with a spatula.

The Chinese want to use both techniques to make sure “at least one of them works”. A plan to anchor the probe to the asteroid is still to be worked out, but a solution is being worked on. This was successful with the Chang’e-5 probe, which brought as much as 2kg of lunar rocks back to Earth.

The mission to Kamo’oalewa is just one example of China’s ambitions over the next few years. Work is already underway on the Chang’e-6 mission, and around 2028 the Chinese want to go to Mars.