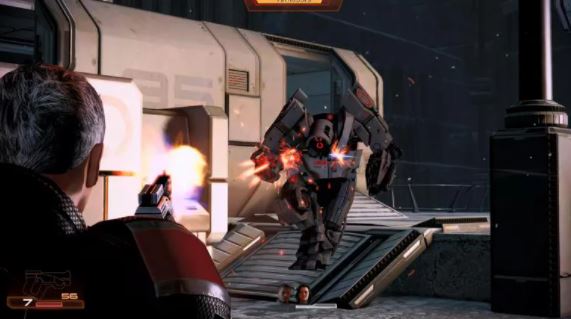 Analyst Daniel Ahmad says that Electronic Arts positively values ​​the sales of Mass Effect Legendary Edition, despite the fact that there is no official data yet.

It is no secret that Mass Effect Legendary Edition has fulfilled the wishes of many gamers, rescuing one of the best trilogies in the history of video games to the current times. And it has not done badly in sales , which has satisfied Electronic Arts.

While we wait for updates on the future Mass Effect 4, EA today called a phone meeting with its investors. Mass Effect Legendary Edition is praised by company executives, as it appears to have performed better than expected.

This was announced by sales analyst Daniel Ahmad , who highlighted some points of interest from the EA meeting. Specifically, the company is very satisfied with the commercial performance of the Mass Effect compilation , available on PS4, Xbox One and PC.

The truth is that no official data has been revealed , so we do not know exactly how many units Mass Effect Legendary Edition has sold . However, when it comes to EA, it must have performed at a great level, as it has exceeded the commercial expectations set for the game.

Many claim that Mass Effect Legendary Edition has been a probe balloon to study the viability of a fourth installment. If so, EA may have realized that players are looking forward to seeing this franchise return , after the disappointment of Mass Effect Andromeda.

This will surely make EA consider releasing more compilations of its other iconic sagas , as well as the return of Dead Space in the form of a remake (by EA Motive). It would not be bad to see an HD trilogy of the Isaac Clarke saga , or a Dragon Age compilation , for example.

Mass Effect Legendary Edition has been available on PS4, Xbox One and PC since May 14, and can also be played via backward compatibility on PS5 and Xbox Series X | S. It includes the first three titles in the series and all the DLC , except for the multiplayer of the third game.