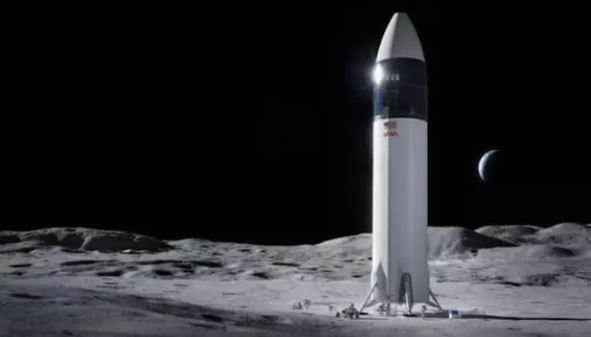 With the great development that technology has undergone in recent years, the possibility of being able to do space tourism in the future is very real. It may seem like science fiction, but we are not that far from being able to send spaceships with people inside them so that they can land on the Moon or even on Mars.

Elon Musk’s company, SpaceX, has been working for some time on the spacecraft that will take humans to the moon, the Starship.

Musk is optimistic and thinks that “probably” before the year 2024 this can be made a reality and human beings will return to the Moon. This was stated through his official Twitter account when asked if the Starship would be ready in 2024 to take people to the Moon.

NASA made an official statement last week in which it communicated that its plans to reach the Moon in 2024 were delayed. This is because it is taking longer than expected to make the NASA spacesuit. In addition, it seems that Blue Origin, Jeff Bezos’ space company, has also complained a lot about the lunar module that was awarded to SpaceX.

SpaceX and NASA have been collaborating quite a bit lately. Last April the American company gave Elon Musk’s company an amount close to 3,000 million dollars to start the development and manufacture of a lunar lander to take humans back to the Moon. This prompted a complaint by Blue Origin that was rejected just over two weeks ago.

Travel to Mars, another option for the future

For its part, SpaceX could wire NASA and help it create the spacesuits since Elon Musk wants NASA to meet the deadlines it had planned for its space mission.

In fact, this mission to send humans to the Moon can serve as a springboard to continue developing space missions for the future, like a similar mission that will send humans to Mars.

It seems that the goal that SpaceX set itself two years ago to get humans back to the Moon is getting closer and closer to becoming real, and also sooner than expected.

There have been several occasions when Elon Musk has deadlines for many of its projects of Tesla and SpaceX that sometimes have not been met, but this time it looks like the Starship and is on the right track because it takes approximately two weeks entire assembly process of the ship was completed.