Elon musk has a plan to launch 30,000 more satellites to low Earth orbit 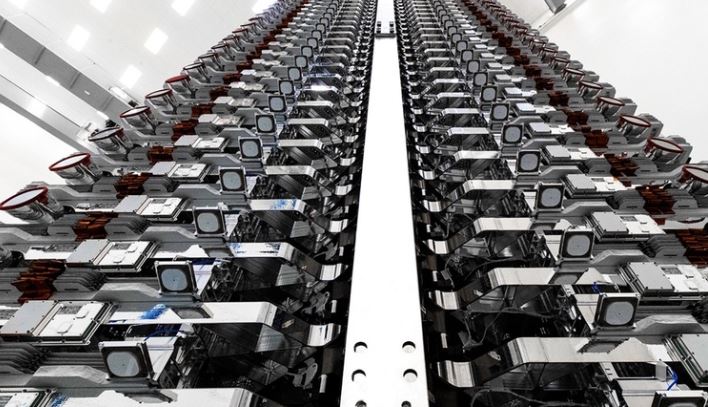 Elon musk is famous for his Passion and he has become a new trend all around world. It seems he’s never going to quit.

Elon musk wanted to provide free internet services all over the world, and for that he thought to send Communication satellite to low earth orbit. Elon got the permission from the U.S. Federal Communications Commission (FCC) to launch up to 12,000 satellites to low Earth orbit.

According to SpaceNews, Elon musk is planning to add 30,000 more satellites. It means he has decided to launch 42,000 crafts to low earth orbit.

On May 23 this year, SpaceX launched into space the first series of its Starlink satellites. The businessman plans to create an orbital group that can deliver Internet services to hard-to-reach and remote areas of the Earth that are not provided with wired connection. In the future, this constellation of satellites should be 12 thousand devices, however, during the first phase of deployment, 400 satellites will be put into low Earth orbit.

Mass of a Starlink satellite

Each starlink satellite has a mass of 227 kg. The starlink includes an antenna with high bandwidth and one solar battery for power. For complete autonomy in orbit, each satellite is equipped with its own Hall engine, in which krypton gas acts as a working fluid. These engines will allow satellites to maintain their orbit, position on it.

The consequence of launching 42,000 Satellites to low earth orbit

What would be the consequences? Research says Just 2,000 operational satellites currently circle our planet, and fewer than 9,000 objects have launched since the dawn of the Space Age, in 1957, according to the U.N. Office for Outer Space Affairs.

Earlier, SpaceX estimated the cost of implementing the Starlink project at $ 10 billion, but experts consider this figure to be underestimated. Scientists, meanwhile, are sounding the alarm that the launch of hundreds and thousands of satellites could interfere with observations of outer space. For example, during the launch of the first 60 satellites, their radiation turned out to be much brighter than expected. Other critics point out that the implementation of Musk’s plans will even low earth orbit, which will increase the likelihood of collisions in orbit.

It is not confirmed how many satellites will be sent to the orbit as Elon musk said it would depend on the budget.