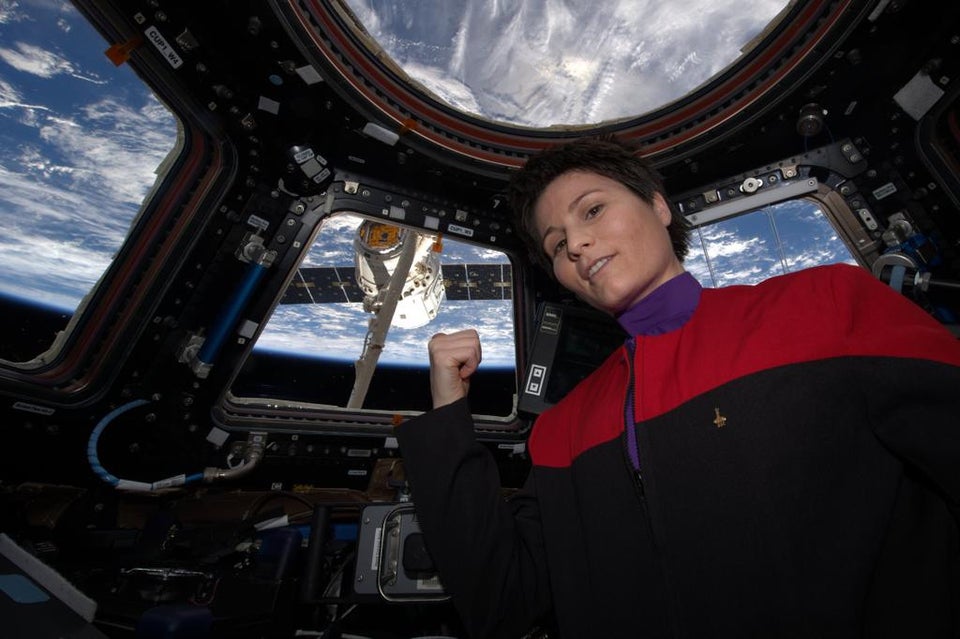 Samantha Cristoforetti an Italian girl who works in European Space agency wears “Star Trek” uniform. The iconic series “Star Trek” follows the crew of the starship USS Enterprise as it completes its missions in space in the 23rd century.

An image is roaming on social media, in which you can see Samantha wearing Star trek uniform in Space.

Star Trek fandom has gone orbital: European astronaut and Trekkie Samantha Cristoforetti, who is currently aboard the International Space Station, tweeted a photo of herself in a uniform from the one of ”