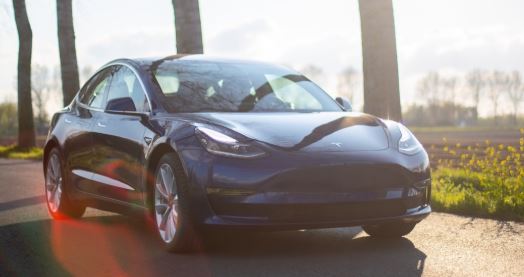 PwC analysts predict a significant increase in the popularity of electric vehicles in the next five years. However, in Russia their share among passenger cars will remain insignificant

The average annual growth rate of the electric car market by 2025 may reach 30%, follows from a study by PricewaterhouseCoopers consulting company (RBC has it). In Moscow, this figure may grow to 60%, experts say PwC.

According to the authors, over the past year 2.38 thousand electric vehicles were sold in Russia, their share of the total sales of passenger cars in the country amounted to only 0.14%. Supported electric cars prevail on the market – more than 94%, most often they are bought in Primorsky and Khabarovsk Territories (29% of buyers), Irkutsk Region (12%) and Krasnodar Territory (9%). New electric cars are most often purchased in Moscow (32%), Primorsky Krai (17%) and Moscow Region (8%).

According to Avtostat, against the backdrop of a general fall in the Russian car market, demand for electric cars grew 2.8 times in the first half: 147 people became owners of new electric cars in Russia.

According to the estimates of the consulting company, in the case of electric vehicle sales growth rates of up to 30% per year, by 2025 their number in Russia will increase to 14.9 thousand units. Prerequisites for increasing sales at PwC are the development of infrastructure, the reduction in the cost of batteries and their adaptation to the Russian climate.

However, so far this type of transport has not received state support: there are no special benefits for buyers. Earlier, experts at the Avtonet National Technology Initiative (NTI) proposed allowing electric car owners to drive in a designated lane to stimulate sales. Mosgortrans opposed: the department explained that the allocated lanes are needed to optimize the speed of urban public transport and taxis, as well as reduce the number of accidents with buses.

At the beginning of the year, Avtonet also proposed introducing concessions on toll roads for electric car drivers, but the Ministry of Transport opposed it. First Deputy Minister of Transport Innokenty Alafinov called the initiative unfair, since the electric car takes up as much space on the road and wears it in the same way as a traditional one. The deputy minister noted that owners of electric vehicles already use the de facto public infrastructure for free (road funds are formed by excise taxes on fuel, and electric cars do not use it), but other proposals can be developed for them: for example, free parking

The car sales market in Russia for the first half of 2019 showed a decrease of 2% and amounted to 775 thousand units, the study says (790 thousand cars were sold for the same period last year). The largest segment remains foreign-made cars of Russian manufacture, however, over half a year their sales fell by 5%, affecting the general dynamics of the market. At the end of 2019, analysts predict a slowdown in sales growth due to higher VAT, ruble volatility and reduced government support for the auto industry.