Here is the explanation of Tesla’s new Battery strategy 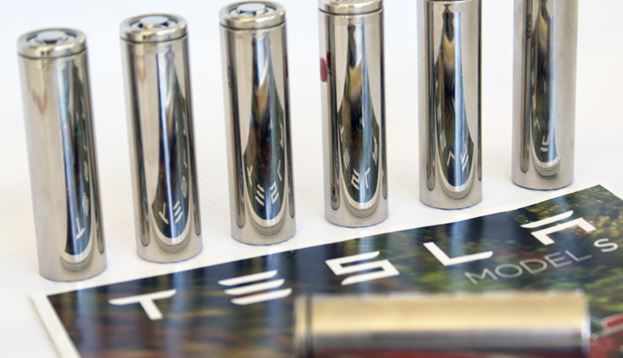 Tesla has quietly acquired a battery manufacturing company called Hibar systems based in Ontario Canada. this is the second battery acquisition of Tesla in a year.

This is Hibar systems website here the first thing to notice is that it’s available in three different languages aside from English Korean Chinese and German.

This obviously isn’t a coincidence a company wouldn’t translate its website into different languages if they don’t have customers in those countries. South Korea and China have the world’s leading battery makers. LG Chem, Samsung SDI from South Korea, and BYD and CATL from China.

Germany is the world’s top car manufacturing country so there is no surprise here as well however considering the fact that Tesla is reportedly signing a battery deal with LG came in China. This acquisition of Hibar systems become more intriguing so far. we have not discussed hybrid systems technologies. there aren’t many press coverings or hybrid systems but looking at the information available from its own website.

what we do know is that it manufactures the following systems :

Therefore it senses that Hiber has proprietary world leading technologies that can help Tesla build its own battery manufacturing and assembly lines.

Tesla has been partnering with external battery makers to manufacture batteries in Gigafactory 1 Nevada.

Panasonic controls the battery manufacturing part and Tesla focuses on packaging and assembly or with high burst technology. This is also consistent with Tesla’s LG partnership in Shanghai China in its new GigaFactory effectively confining its Panasonic partnership to within the United States also. there has not been a formal announcement.

The LG deal in Shanghai it is entirely possible that Tesla and LG is working on a structure that gives Tesla more control in battery production. especially, now that it has high burst technology now one thing that many asked me is whether or not Tesla can completely abandon its battery partners after the Maxwell and Hibar systems acquisition?

The answer is no, there’s no way the Tesla can produce lithium-ion batteries without its internal partners for a very simple reason. Tesla does not own many of the technology around battery making.

Here is the ranking of patent owners around the world as you know Tesla is no way near the top LG Chem, Samsung SDI, Panasonic and BYD are among the highest ranking patent applicants. what does that mean? it means Tesla has to either work with one of those companies as it did before with Panasonic or it has to license technologies from their high-ranking patent owners to make the systems work.

obviously, the latter requires a lot more resources therefore, my prediction is that Tesla will continue to work with its partners to manufacture batteries. Moving forward another signal out of Tesla’s new battery acquisition is Tesla actively trying to solve the weakest link to its production line battery manufacturing comparing to the investment in two Maxwell technologies hybrid systems investment is much more pragmatic and could potentially rip benefit in the near term. Hibar systems makes design and customizes machines that manufacture lithium-ion batteries improving its efficiency and performance from a supply chain standpoint. in order to make an EVs the critical components are material production battery manufacturing battery pack manufacturing engine manufacturing car manufacturing and them marketing sales and delivery along this whole supply chain.

There are first year and second year suppliers who provide critical components to the production such as air conditioning from continental and will bearings from an SK.

Tesla doesn’t produce everything it does have a highly vertically integrated supply chain. this shows the ownership of Tesla’s supply chain very little control was given to the outside partners by taking higher control in battery manufacturing with Hibar systems. Tesla would have higher control in quality and speed of production hopefully, this can solve Tesla’s production issues. lastly, there are many promising signs coming out of China and the new battery strategy is probably not unrelated China’s strategic value to. Tesla has increased dramatically in the past year not only is China, the biggest market of Tesla outside the United States it is predicted to grow much faster .

I would not be surprised if Tesla sells more cars in China than the United States. A few years down the road for a very simple reason, the Chinese government has removed all hurdles for evie growth. whereas, there are a lot of interest groups in the United States that would hate to see more EB sales. Tesla is the only company I know that the Chinese government singled out and exempted its tariffs coming back to.

Tesla’s new battery strategy as Tesla builds a new factory from scratch in Shanghai it makes a lot of sense to integrate the Maxwell technologies and Hibar systems directly into production line solving some dire production problems Tesla is facing. It is worth noting that in the first half of 2019 Tesla made $1.47B in China despite the high tariffs oftentimes hiking up the price of base model 3 to $70,000 which is only $35,000 in the United States .

we have already seen 40 percent growth in the sales after the tariff exemption considering the completion of Shanghai gigafactory and perhaps the integration of the new battery manufacturing technologies from Hibar. My prediction is that we will be seeing the strongest growth for Tesla in 2020.

What do you think about it? Tell us in comment section