“I know kung-fu”: Artificial intelligence can also learn by connecting to a simulated reality 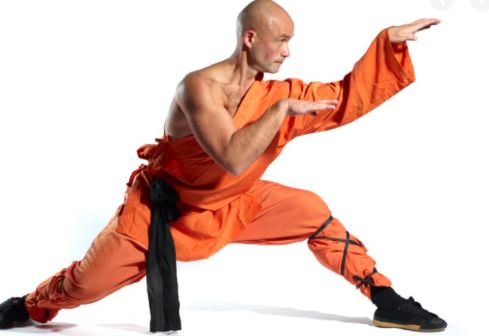 Human beings today have the option of “living in synthetic realities”, in the words of Justin Hendrix, director of NYC Media Lab: established social networks act as ideological bubbles that skew and radicalize their points of view, new social networks present the world to us through filters and the social networks of the future are already, in themselves, virtual worlds.

Thus, by feeding a neural network with thousands or millions of photographs of cats, for example, we can make it capable of recognising other cats in other photographs that it does not know previously, thanks to the fact that it detects the patterns that all of them have in common.

Manufacturers of autonomous vehicles are investing large sums in making them capable of detecting pedestrians walking, running, standing at traffic lights or recklessly crossing the road. There is no shortage of photos with thousands of examples of each of these cases (either using anonymous pedestrians or actors).

But compiling and labeling (by hand) all these examples is neither cheap nor simple nor can it be done in a short time. And that’s not to mention the multitude of situations that an AI should be able to identify but for which we can barely provide real examples (major car accidents, for example).

There are also cases in which the car comes across something it already knows, but in an unprecedented situation, and it is not able to recognise it… with dramatic consequences (how do you make it recognise as people a bunch of children skilfully disguised for Halloween or Carnival?).

Whether because of cost or the impossibility of obtaining real data, artificial intelligence companies have begun to opt to ‘deceive’ their IAs by providing them with fake photos and videos, sometimes manipulated in the old way, in other cases the product of the use of GANs or antagonistic generative networks (deepfakes, in short). “If this reality is not enough to train artificial intelligence,” they think, “we will create it.

So many IAs already live, like many humans, in “synthetic realities,” in which they supposedly learn everything they will later have to use to relate to the real world. Startups like Landing.ai, AI.Reverie or ANYVERSE already generate millions of scenes that a real car might not experience, not even after a million hours on the streets and highways.

The generation of false-but-realistic data can also take place with another objective: that of anonymizing delicate data, such as the medical histories that the IAs of the health sector need to refine their diagnostic capacity.

Companies like Waymo, on the other hand, use these virtual worlds not to generate training data for IAs, but to build simulations that test their training, making the software of an autonomous car believe it is on a real road and forcing it to interact with fake vehicles and pedestrians. And, not suffering the limitations of the physical world, they can travel millions of kilometers, again and again, in a few hours, learning from their mistakes.

Others, like Nvidia, use a similar system to train robots to learn for themselves the best way to catch and transport an object based on certain weight and shape data