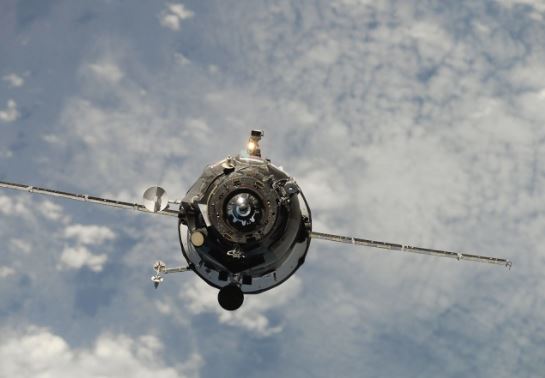 Despite the fact that SpaceX is already launching commercial missions to the ISS, space travel is still costly and resource intensive. The fact is that most of the storage of large and heavy missiles is occupied by fuel reserves.

To fix this, one of the many teams of researchers studying alternative engines came up with an unusual idea: to power rockets using a microwave beam directed from the ground.

According to a study published last month in the Journal of Spacecraft and Rockets, a team of Japanese engineers at the University of Tsukuba managed to power a small drone using a microwave beam while in flight.

In a press release, the researchers said they were unsure of the feasibility of the idea prior to the experiment. But now they believe that microwave beams will not only lift the plane into the air, but one day they will launch rockets into orbit.

Previously, other researchers have experimented with the capabilities of microwave beams. However, Japanese engineers were the first to try them in recent decades. This meant they had more powerful beams, improved technologies and advanced tracking systems at their disposal. This avoided the mistakes of previous experiments.

“We used a state-of-the-art beam tracking system to get the drone as much microwave energy as possible,” said the study’s lead author and engineer at the University of Tsukuba, Kohei Shimamura.

To further improve the efficiency of power transmission, the engineers also tuned the phases of the microwaves using an analog phase shifter that synchronized with GPS devices, he said.

The team managed to transfer enough power to the drone to keep it in the air. However, it will be a long time before this approach can be applied to launch space missions.

According to the study, the overall energy efficiency of the experiment was only 0.43%. The loss of energy occurred when the beam was converted and captured by the drone, which then turns it into electricity.

By and large, these are huge losses. However, the result is already visible: in their previous experiment using a drone in a fixed position, the same team achieved an efficiency of only 0.1%.

“The results show that we still need to work to improve transmission efficiency and carefully evaluate the feasibility of this approach for powering aircraft, spacecraft and rocket,” says Shimamura.