Mars in sight: SpaceX aims to go to the red planet in two years and plans a manned mission in 2026 (“hopefully” in 2024) 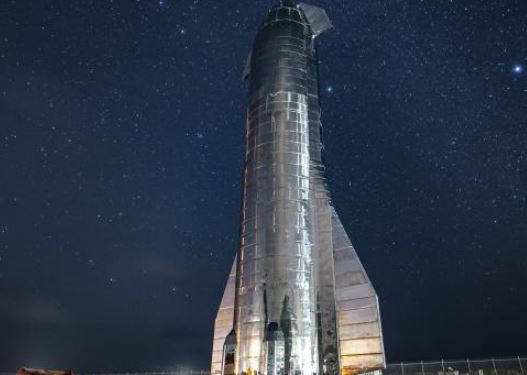 The media and always controversial businessman Elon Musk has received the award that the German media publisher Axel Springer gives annually to outstanding figures. “Through his inventive and innovative spirit, Elon has revolutionized several industries, from electric vehicles and battery storage to space travel,” says the organization.

During the interview after the award ceremony, Musk discussed with Axel Springer’s CEO his vision on various topics, such as space, Tesla, artificial intelligence… But the main theme of the evening was Mars.

The founder and CEO of SpaceX announced the current deadlines they are working on to reach the red planet with the Starship, the next-generation spacecraft that is expected to fly in a new high-altitude test sometime this week.

Musk said he expects humans to reach Mars “six years from now”, and that he is “very confident” that SpaceX will bring people to our neighboring planet in 2026. That timeline is based on the fact that the Earth and Mars are synchronized in terms of their relative orbits around the Sun approximately every 26 months.

The last synchronization took place this past summer and the next one will be around the summer of 2022. At that time, in two years, SpaceX plans to make an unmanned launch and landing on the red planet.

As for the manned mission, Musk sets 2026, but “with luck” it could occur during the next Mars-Earth synchronization, that is, in about four years from today (2024).

When asked when his first trip to orbit would take place, he replied that “possibly in two or three years”, although he explained that his main concern is to develop the technology that could allow “many people to go to Mars” and make life “interplanetary”: to have a base on the Moon and a self-sustaining city on Mars “as soon as possible”.

“I am optimistic about the future on Earth, but it is important to have life insurance for life,” added Tesla’s owner, who reiterated his ambition to be buried on Mars – although not due to accidental death on impact in a spacecraft accident.