Meet DeepScale, the computerized vision startup that has just been acquired by Tesla to boost its autonomous cars 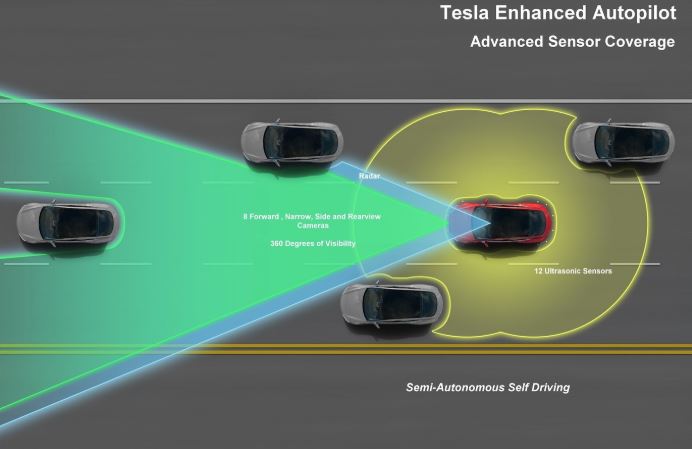 On April 22, Tesla first celebrated something they called “Tesla Autonomy Day”, where Elon Musk gave a lot of technical details and news about Autopilot. Among these announcements was the launch of its super computer ‘Full Self-Driving’ (FSD) , which is currently installed in all new Tesla, as well as its autonomous shared taxi service, or ‘robotaxis’ , which would arrive in around 2020 moment.

Since then, Tesla has faced a couple of problems after the departure in May of Stuart Bowers, vice president of Autopilot , which in turn caused the departure of at least 11 engineers from the Tesla autonomous driving division.

After these departures, today it has been announced, according to CNBC information , that Tesla acquired DeepScale , an important startup focused on the development of computer vision technology for autonomous driving systems, which complements the Autopilot division in the Elon Musk company.

But what is DeepScale? Go for it.

DeepScale is a relatively new company based in Mountain View, California, which was founded in 2015 by Dr. Forrest Iandola and Professor Kurt Keutzer. The company was born with the objective of developing deep and efficient neural networks for advanced driver assistance systems and autonomous vehicles.

What DeepScale does is to use these neural networks in small sensors and processors of low cost and low voltage , whose utility is intended to be installed in vehicles to improve the accuracy of their perception systems. These perception systems, which are based on sensors, mapping, planning and control systems to interpret and classify data in real time, are essential for the operation of autonomous vehicles. That is, these systems allow vehicles to “understand” the world around them.

Most of the development of DeepScale comes from Forrest Iandola , who is an American computer scientist and entrepreneur, graduated from the University of California, Berkeley, with a doctorate in electrical and computer engineering. While conducting his studies, Iandola developed SqueezeNet , a deep and light neural network that has been implemented on mobile devices using relatively small amount of memory.

In fact, Iandola himself was the one who confirmed after updating his profile on LinkedIn and on Twitter, that he joined Tesla as a senior machine learning scientist .

During these short four years, DeepScale has achieved an injection of capital for 18 million dollars . This after presenting an innovative method that is based on using sensors and processors of low voltage, and supposedly also of low cost, that allow to offer assistance to the driver and autonomous driving to vehicles at all price levels.

Tesla and its longed for “total autonomous driving”

Although Tesla has not confirmed the acquisition, two people familiar with the agreement confirmed to CNBC that the entire DeepScale team would join the Autopilot division in Tesla , this after Elon Musk’s company had acquired the company. So far, the financial terms of the purchase are unknown.

Today Tesla cars are certified under a level of SAE 2 autonomy , but Elon Musk says his hardware is ready to offer an SAE 4 level , in fact the recent addition of his super FSD computer would have made this possible. However, Musk says that right now the problem is the software, although it guarantees that they will continually improve the systems until they reach full automation.

And this is where DeepScale comes in, which could be a piece that Tesla is missing right now, since it must be remembered that its cars do not use LiDAR sensors, its entire autonomous platform is based on eight cameras, 12 ultrasonic sensors and a radar. That is, Elon Musk seeks to develop an artificial intelligence platform that is capable of recognizing a wide variety of objects on the road in conditions that are not ideal using current hardware. That is precisely what DeepScale does.

Everything learned and developed by Tesla today, coupled with the DeepScale developments, could be a good start to give life not only to the “total autonomous driving” that Elon Musk seeks, but also the ambitious robotics platform they think launch in 2020.

Now we just need to know about Elon Musk’s plans with DeepScale and how he plans to apply them in the coming months or years.