Microbots will deliver drugs where needed. No harm to the patient’s body 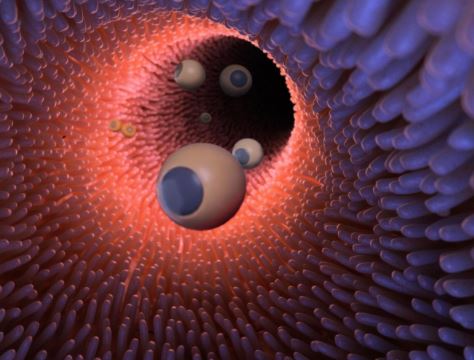 Scientists have developed an innovative drug delivery system directly to the nervous system. It is based on the use of microbots that reach a specific place bypassing the digestive system.

We observe the next breakthroughs related to robotization in medicine practically every year. The dream of doctors is to use micro- or nanobots to heal the body from the inside out. This is to be possible, inter alia, thanks to the precise delivery of drugs to a specific place, without involving “unnecessary” systems or organs. This will be safer for the patient and more effective for the medicine itself.

MANiAC is one of the newest microbots that has been designed for use in the demanding environment of the central nervous system (CNS).

Straight to the goal

The catchy name MANiAC is an acronym for Magnetically Aligned Nanorods in Alginate Capsules. It was developed by researchers at Purdue University in Indiana, and the preliminary test results are described in Frontiers in Robotics and AI.

As with other precision drug delivery systems, MANiAC is loaded with the appropriate drug substance, which is transported to the desired location by an external magnetic field. Only when MANiAC arrives at its destination does it release its load. 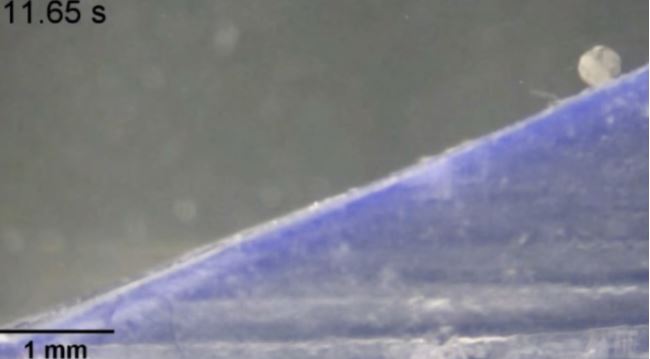 This is an excellent solution to reduce the risk of side effects with drugs that are taken orally or injected into the bloodstream. As the drug is only released at a specific location with MANiAC, a less active ingredient is needed as nothing is “lost” along the way.

Each MANiAC consists of a group of magnetic so-called nickel nanorods, encased in a soft spherical alginate shell. When exposed to a magnetic field – which can be generated by an electromagnet placed outside the patient’s body – the microbot starts to move in the direction of rotation. By slowly moving the electromagnet, it is possible to guide the MANiAC from one place to another.

Robot guided by a magnetic hand

In laboratory tests, Microbots were able to climb over obstacles on the slope (45 degrees) and move upstream in the flow of fluid similar to that experienced by the central nervous system. They were also able to travel through the brain tissue of rats and then stop at specific locations in that tissue, releasing a green dye that simulated a drug.

Scientists now hope that someday it will be possible to inject MANiAC into the spinal cord and then guide them through the cerebrospinal fluid into the brain, bypassing the blood-brain barrier.