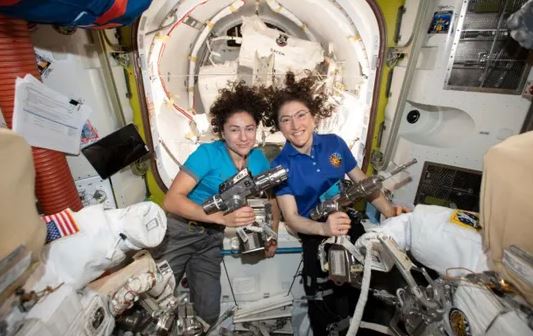 The landing of astronauts on the moon in 2024 became impossible due to the unavailability of spacesuits,

It was originally planned that the new suits will be ready for flights to the International Space Station (ISS) by 2023 and by the beginning of the Artemis 3 program, which involves lunar landing and landing on the moon, by 2028. Then it was decided to accelerate the implementation of the program, and the deadline was moved to 2024. The suits were supposed to arrive for testing no later than March 31, 2023. However, due to a reduction in funding for the development of spacesuits from $ 209 million to $ 150 million in 2021, pandemics and technical problems, the dates had to be postponed by 20 months, to November 2024, the report says. At the same time, NASA does not exclude that the delivery of suits may drag on until January 2025.

In April, Elon Musk’s SpaceX was awarded a $2.89 billion NASA contract to deliver astronauts to the moon. It is to build a lunar lander to land astronauts.

However, in May, following complaints from other contenders – Amazon founder Jeff Bezos’ Blue Origin and Dynetics – NASA suspended its contract with SpaceX. According to Bezos, NASA should have chosen two, not one, contractor.

Later, the US Audit Office, which considered the complaint, refused Blue Origin to revise the contract received by SpaceX. NASA, explaining the decision to give the contract to SpaceX, in particular, stated that Musk’s proposal for the construction of the module turned out to be the most profitable.

Ultimately, the Amazon founder offered NASA in exchange to cover the costs of the lunar program in the amount of up to $2 billion.

The Artemis lunar program consists of three stages: the first involves the unmanned flight of the Orion spacecraft using the Space Launch System rocket around the Moon and its return to Earth (it is scheduled for 2021), the second – a satellite flyby with a crew in 2023, and the third – landing to the moon in 2024.