NASA’s Parker probe made the closest approach to the Sun 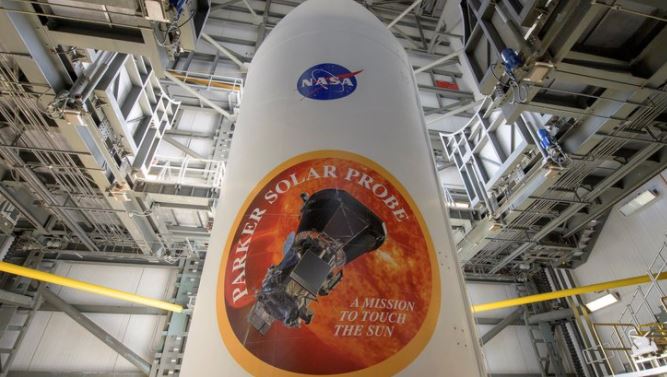 The Sun is a big ball of hydrogen and helium that, despite being something we see every day, remains a complex and mysterious star. One of the mysteries that scientists have explored for decades is why the Sun’s atmosphere is super hot, even hotter than its own body. That and other questions NASA’s Parker Solar Probe mission, launched on 12 August 2018, seeks to answer.

The Parker Solar Probe will be the first aircraft to fly over the sun’s corona. This journey will determine the structure and dynamics of the corona’s magnetic field, understand how the solar corona and wind-heat and accelerate, and determine the processes that accelerate energetic particles. The mission designed for the Parker Solar Probe will use repeated gravity assists from Venus to slow its orbital perihelion, in order to pass the Sun multiple times in approximately 8.5 solar radii, or approximately 6 million km.

In pursuit of reaching that incredible distance, NASA’s Parker probe recorded perihelion on its ninth approach to the Sun on August 9, placing it only 10.4 million kilometers from the solar surface. That distance, equivalent to 14.97 solar radii, matches the record distance of its last closest approach on April 29. At the same time, the probe also equaled its record flyby speed of 532,000 kilometers per hour.

Designed, built, and operated at the Johns Hopkins Applied Physics Laboratory (APL) in Maryland, Parker Solar Probe is operating normally. Using its four arrays of onboard instruments, the spacecraft will continue to collect data on the solar environment and the solar wind for this encounter, with much of the data from the encounter expected to return to Earth by August 18. “We are entering the critical phase of the Parker mission and we focused on quite a few things during this meeting,” Nour E. Raouafi, APL’s Parker Solar Probe project scientist, said in a statement.

“We expect the spacecraft to be flying through the acceleration zone of the perpetual flow of charged particles that make up the solar wind. Solar activity is also increasing, which shows promise for studying larger-scale solar wind structures such as coronal mass ejections and the energetic particles associated with them. “But you never know what else you’ll find exploring this close to the Sun,” he added, “and that’s always exciting.”

Three years after its main seven-year mission, Parker Solar Probe remains in good shape as it traverses a path that will take it directly through the Sun’s outer atmosphere, known as the corona. The Thermal Protection System that protects the spacecraft already faces temperatures above 650 degrees Celsius). In the closest steps to Parker Solar Probe, the TPS must withstand temperatures of 1,370 degrees celsius while keeping the spacecraft and instruments in its shadow operating at about 29 degrees celsius.

This was the first time a NASA spacecraft was named after a living person, physicist Eugene Parker, a professor emeritus at the University of Chicago. A memory card containing the names of more than 1.1 million people was mounted on a plate and installed underneath the spacecraft’s high-gain antenna on May 18, 2018. The card also contains photos of Parker and a copy of his scientific paper from 1958 in which he predicted important aspects of solar physics.