Russian Teledroid robot will be controlled not only from the ISS, but also from the earth 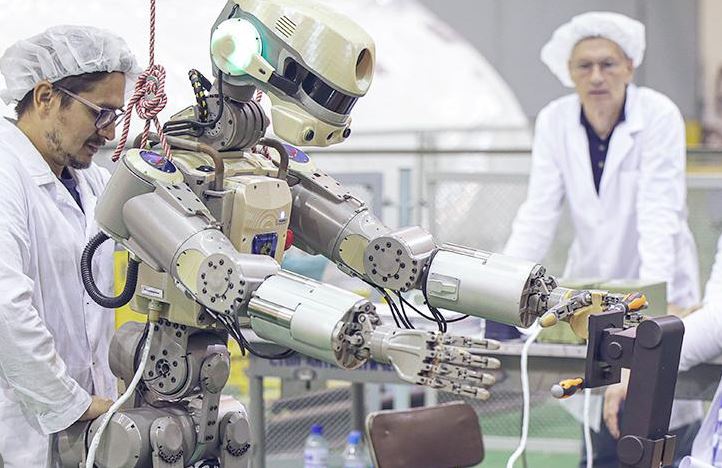 NASA, SpaceX, Roscosmos, ESA are now heading to the moon and they also have a plan to land on Mars. In order to fulfill their dreams they’re doing whatever they can do. Roscosmos has got an idea and they’re working on it. Russians are going to build a robot which will be sent to the Space.

Evgeny Dudorov, the executive Director of the NGO Android Technolog spoke about a robot, Teledroid robot. This Teledroid robot will be controlled from the ISS as well as from the earth. When Russian news anchor asked the director about the flight test of this robot he replied ” Of course. This [control from the Earth] is one of the key factors. I think we will follow it”.

According to him, for these purposes it is necessary to work out the control of the robot with delays, which was simulated about a year ago. Dudorov also noted that the avatar costume for the “Teledroid” will be improved taking into account the wishes of the astronauts.

“Teledroid” is planned to be placed on the ERA (European Robotic Arm) manipulator, with which it will be moved to the place of work in outer space.

The ERA manipulator arm was created by the European Space Agency (ESA) in 2004 and is now located at RSC Energia. It is assumed that the manipulator will work as part of a multifunctional laboratory module.