Sales of Tesla Model 3 electric cars have exceeded one million 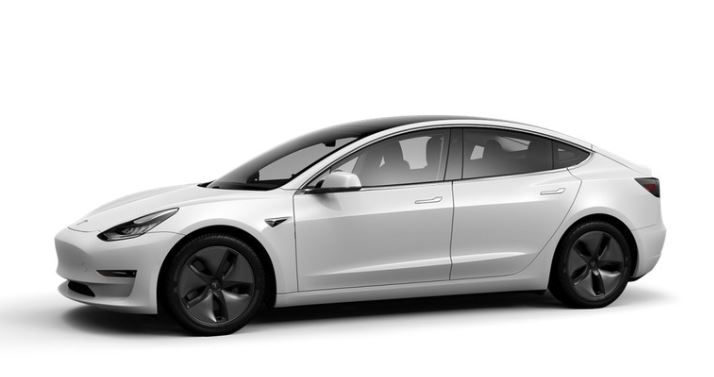 The Tesla Model 3 is the world’s best-selling electric car, and that’s unlikely to change in the near future. According to a Clean Technica report, at the end of the second quarter of 2021, total sales of Tesla’s youngest sedan since its release in 2017 reached 1,031,588 units. Thus, the Tesla Model 3 is the first electric car to cross the one million units sold mark.

All Clean Technica’s reports and charts may differ slightly from the true state of affairs, as Tesla reports total Model 3 and Model Y sales. But the source has been relying on official data from public registries in various countries, so the margin of error should be small. Clean Technica estimates that Tesla shipped 225,000 Model 3 vehicles to customers in the first half of 2021, with the junior sedan crossing the milestone of 1 million in June. 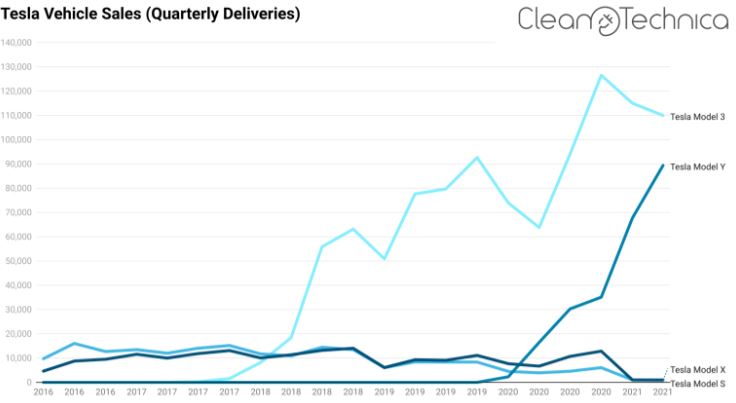 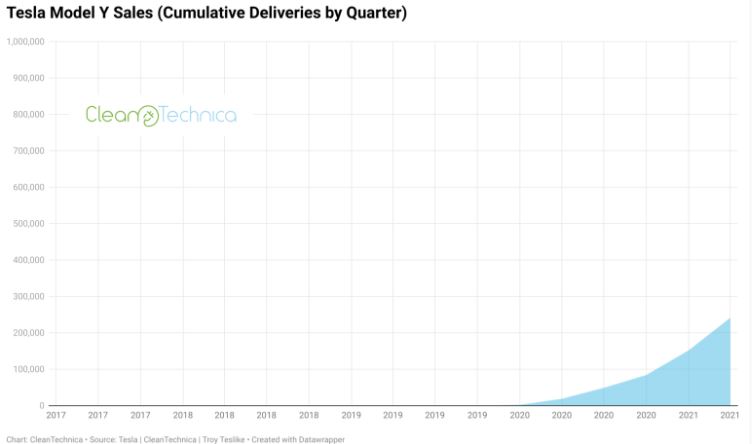 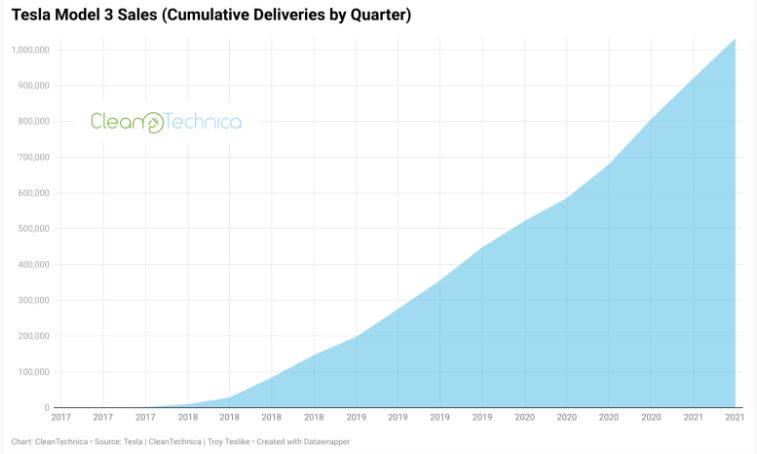 Meanwhile, cumulative sales of the Tesla Model Y exceeded 250,000 units in July, and there is a high probability that the mark of 500,000 units will be taken by the end of the year. In fact, it is expected that in the end the palm of the Model 3 will be taken away from the Model Y (it is built on the same platform as the Model 3 and shares with the available sedan about 75% of all components). But that won’t happen until 2022 when Tesla will physically be able to produce more Model Ys. In December 2020 the Phase 2 line for Model Y assembly at Gigafactory 3 is fully operational (its capacity is 200 thousand cars per year. At the same time, an assembly line for Model Y compact crossovers at Europe’s Gigafactory 4 in Brandenburg, Germany, should be operational by the end of 2021.

Tesla’s total vehicle shipments surpassed the one-and-a-half million mark in April, and the company passed the one million vehicle milestone in March 2020. Last quarter, Tesla recorded more than $1 billion in net profit for the first time and the company should produce at least 750,000 cars this year, and possibly even reach a million. In other words, the two millionth Tesla vehicle will be sold as early as this quarter. Earlier head of Tesla Elon Musk carefully suggested that by 2030 the company will reach a sales volume of 20 million cars, and investment bank Goldman Sachs at the end of 2020 predicted Tesla will reach a sales volume of 20 million cars by 2040.

All of these successes are clearly reflected in the value of Tesla securities – in 2020, Elon Musk’s company surpassed Toyota and since then has held the title of the most expensive public company on the automobile market.