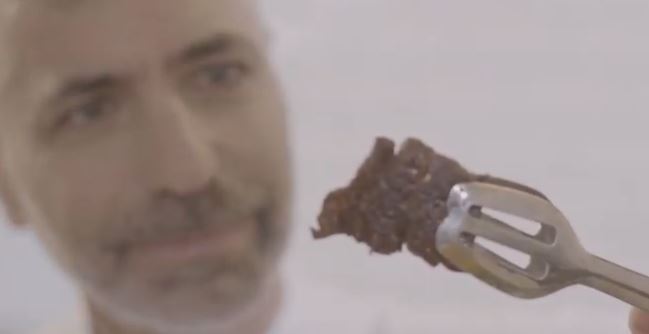 Israeli company Aleph Farms, together with partners from Russia and the United States, first raised artificial meat in the International Space Station. This was reported by Aleph Farms.

The essence of the experimental method is to simulate the process of regeneration of muscle tissue of a cow. Using a special 3D bioprinter, developed by the Russian company 3D Bioprinting Solutions, the astronauts were able to grow a small piece of artificial beef that was only a few millimeters in size, Yusef Hesuani, project manager for bioprinting, managing partner of 3D Bioprinting Solutions.

In order to grow meat they took Cow’s cell and grow them in a special nutrient medium, and then collect artificial muscle tissue from them.

Due to gravity on Earth this process takes long time: meat grows in thin layers. In the ISS, where gravity is much less than on Earth, muscle tissue grows in all directions and this process is faster. “The fabric is printed simultaneously on all sides, just as we do the snow, while others bioprinter create it layer by layer”, – he explained company spokesman Yoav Reisler Space.com portal.

In a press release, Aleph Farms reports that 10,000 to 15,000 liters of water are needed to produce one kilogram of artificial meat. While the ISS does not have such resources, however, the experiment is still important in order to explore the possibility of producing artificial meat in space.