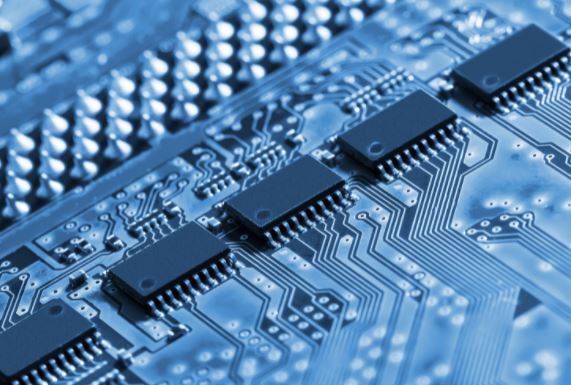 The world is faced with a shortage of semiconductor products, key elements of modern manufacturing. Because of this, electronics (from “smart” coffee makers to drones) become more expensive or even become unavailable, and manufacturers suffer losses. Intel Corporate Business Director Sergey Zhukov explained how to solve the problem and what to do for consumers and businesses

And that’s not all: in March, Sony announced that it would not be able to meet demand for the PlayStation 5, and Samsung completely abandoned the release of the new Galaxy Note model in 2021.

Notable disruptions in the supply of semiconductors began last year with the closure of specialized factories due to the pandemic and a simultaneous “boom” in consumer electronics – mostly laptops for remote work / study. The prerequisites are not only in the consequences of the coronavirus, such as the freeze of production and disruption of logistics, the situation is much more serious:

Experts believe that it will take several quarters to restore the pace of chip production (chipmaking), and it will take at least six months to stabilize the market. For this reason, the shortage of microcircuits will be felt next year as well. Individual governments and corporations are already worried that the semiconductor crisis could stall the recovery of the global economy after the pandemic.

Who is shaping the market now?

The leading chip manufacturers at the moment are Taiwanese, Korean, Japanese, American, Chinese and Singaporean companies. Their shares are not balanced: analysis by the Boston Consulting Group and the US Semiconductor Industry Association showed that America accounts for only 12% of the market, Taiwan accounts for 21%, South Korea 19%, and Japan 13% of production. That is, most of the niche – 80% at once – is represented by Asia. The largest chip manufacturers:

The creation of semiconductors is a complex multi-step process that includes research and development (R&D), testing, design, manufacturing and quality control. Few corporations have the entire chain – Intel, TSMC, Samsung, Global Foundries and several others.

So, for example, Qualcomm, Nvidia and AMD do not have their own factories – they are engaged only in development and distribution, and the production is given to contractors. Most often, the contractors are TSMC or Samsung.

What should chip manufacturers do in times of crisis?

On the face of it, major semiconductor suppliers can benefit from this situation. The shortage inevitably leads to higher prices, which means that the earnings of producers are growing. For example, TSMC’s revenue last year amounted to $45.51 billion (25% more than in 2019), of which more than a third came from the supply of the most modern chips.

But everything is not so simple. For semiconductor companies, the shortage of their products has become not a favorable coincidence, but a serious challenge – primarily due to uncertainty. On the one hand, technological progress will increase the demand for microcircuits, and on the other, a rise in prices may lead to the fact that part of the market will lose purchasing power, and factories that are now being actively built by chip manufacturers risk being stranded.

To meet demand, large chip makers are looking for ways to optimize and increase production. So, until 2023, TSMC plans to invest $100 billion in the development of production and the development of new technologies. Intel, in turn, announced expansion in the United States and Europe (and is investing $20 billion in new factories), and also launches Intel Foundry Services for the production of semiconductors for other companies.

State resources are also involved in solving the problem. Members of the US Semiconductor Industry Association are discussing with the presidential administration to support local manufacturing with grants and tax credits, and the European Commission plans to strengthen the independence of local industrialists by creating a regional microelectronics alliance.

We solve the problem together

For now, only the niche leaders – TSMC, Intel, Samsung and Global Foundries – can afford to build new factories. This is one of the reasons why corporate cooperation, government involvement and joint business support are the next logical step in the fight against the semiconductor crisis.

As part of the company’s development, Intel CEO Patrick Gelsinger has already announced a new IDM 2.0 strategy. It provides for active interaction with other players, the development of new technologies and the strengthening of production. We are going to expand our interaction with third parties. For example, we will be working with IBM on research to create next-generation packaging logic and technologies. And for the technological production of individual modular components, we will turn to the facilities of TSMC, Samsung, UMC and Global Foundries.

Leading IT companies – Google, Microsoft, Amazon Web Services, Cisco, Ericsson and many others – have already endorsed Intel’s new strategy and are willing to support it. The collaboration of industry leaders and the expansion of production should positively influence the state of the market and contribute to an even distribution of capacity around the world. This means that we will be able to stabilize the production and delivery schedule, optimize logistics, and reduce the cost of chips and the price for the end customer.

What should a consumer do?

In the new reality, companies should not count on, for example, cutting budgets for the purchase of digital devices or services. Now technologies are integrated into all areas of our life. It is much more effective to operate in the “manage what you can control” paradigm.

A business should reconsider its approach to procurement planning: constantly check the lead time (the estimated time between placing an order by a client and delivering goods to him) and adjust its marketing policy for it, book deliveries and have a “plan B” for the implementation of IT solutions, taking into account possible failures in the supply chain.

Consumers need to be flexible and try new approaches to meet the demand for technologies that are impossible without chips – electronics, cars, graphics cards, and others – at least until supply problems are resolved by joint efforts of authorities and semiconductor technology manufacturers.

For example, if a business plans to purchase computers, it is worth contacting professional assemblers – most often they offer ready-made devices at affordable prices. And if you need to upgrade your home PC, you can choose a processor model with integrated graphics – it is difficult to buy a video card now, but it is quite possible to prepare the foundation for this in the future.