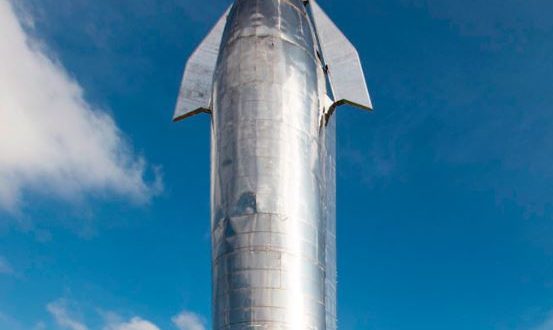 Last Friday SpaceX showed an advance of what it would cover in the specific presentation of this weekend: a Starship assembled in its facilities. This is the rocket with which the company intends to reach Mars and we have learned more details about the Starship project and about those two prototypes that have been prepared simultaneously.

Of those two, the one that appeared on Saturday at an event for the press was the one built in Boca Chica, Texas (United States), the Mk1. As we said, it is a kind of internal competition in order to arrive earlier and better to meet the objectives of the company on its space travel, and now the roadmap about these 50-meter-high rockets has been finalized. .

What Elon Musk talked about was a launch system consisting of two parts or stages, called Starship Super Heavy . The two phases are what we know as Starship and the first stage, Super Heavy, which is the launcher (where the engines are integrated).

Starship is the second stage of the system and is a ship with the capacity of up to 100 people designed for interplanetary flights . As we said, the one in Texas has been the first officially presented prototype (the other one is built in Cape Canaveral, the Mk2), which was built in five months using stainless steel, since it is much cheaper than carbon fiber and , according to Musk, “on Mars you can modify the steel.”

For its part, Super Heavy is the first phase of the structure and consists of 37 Raptor engines , as collected on Space.com . Of course, although it has been raised for long trips from one planet to another the idea is still reuse and this part would return to Earth as we have seen in other rocket and test flights of the company (in this video the idea is seen) .

For its part, the Starship Mk1 integrates a total of three Raptor engines, although the final version will have six . The idea is that Starship, unlike Falcon 9 , is propelled with methane and oxygen (and not with nitrogen), given that the following versions have greater power.

Although the figures that are more ambitious are those of the first part, the Super Heavy, since it is responsible for the propulsion of the entire structure. It measures about 68 meters high and can contain up to 3,300 tons of fuel that will feed those 37 engines, since according to Musk Super Heavy it needs at least 24 Raptor to take off. Hence, he added that they will try to manufacture them faster, going from 10 days per engine to two.

It is not yet the final aspect

It may seem to us that it is very different from the other SpaceX rockets or those of NASA, but the design we see is not definitive. As we have commented, these are prototypes and Musk himself explained that the design would be one of the points that were going to improve in the following, speaking of a “finer, lighter and cheaper” Mk3 .

Of course, what will be maintained is the material (which they consider suitable for Mars, as we have said), and to encourage the steel to maintain an adequate temperature Starship will integrate a thermal shield to cool the fuselage, made of ceramic.

Of these new Starship Mk3 also said they would be lighter, since while the Mk1 weighs about 200 tons the new ones will weigh 120. The capacity of the Starship Mk1 is 150 tons of cargo, being able to load up to 1,200 tons of fuel (it does not need as much as Super Heavy) and with a consumption of 3.5 tons of liquid oxygen per ton of liquid methane.

Starship’s design obviously contemplates the flight and is designed so that the aerodynamics itself is used so that less fuel is required to land, so that you have to start the engines when you are 2 kilometers from the ground . Thus, Starship goes to Earth falling by its own weight and the speed is reduced so that the fuel cost to land is lower.

The agenda is maintained and from SpaceX they talk about a first test flight for Starship Mk1 this year, in one or two months. The idea is that it reaches about 20 kilometers high and that it lands again in Texas , hoping that the Mk2 of Cape Canaveral is finished building more or less at that time.

The Mk3 and Mk4 should be built in four or five months (the construction time of the Mk1), and the entrepreneur talks about reaching orbit in less than six months . We will see if deadlines are also met in the Super Heavy, whose construction would begin once Mk3 and Mk4 are finished.

For the arrival on Mars there are no dates (although they already seem to be studying landing sites ), but they do contemplate that in long-term flights the rocket will need to refuel in space at some space station. According to Musk, the first manned flight will be in 2020 , so we’ll see if between the end of this and next year the ship that will take the lucky few to the Moon .

I love to do research on innovations. I consider Elon musk my teacher because what he's doing is great for humanity, That'swhy i consider him Sir Elon musk
Previous Elon musk listens this song when he has hurt feelings
Next Meet DeepScale, the computerized vision startup that has just been acquired by Tesla to boost its autonomous cars

Turkish astronauts will be sent to the ISS in 2023

Japanese scientists expressed their interest in creating a Robot which will work in outer space. …

The Teledroid robot will work better than Humans in outer space

Russian Teledroid robot will be controlled not only from the ISS, but also from the earth

NASA, SpaceX, Roscosmos, ESA are now heading to the moon and they also have a …

Aliens exist or not? This question is asked many times but the answer doesn’t make …