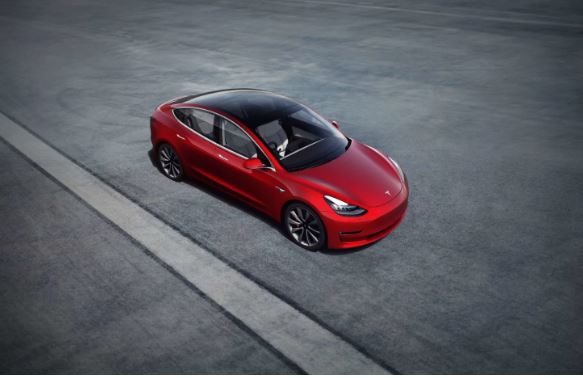 Tesla’s Model 3 has been chosen for the Taiwan military’s EV fleet, Tesmanian reports. The Republic of China Military Police (ROCMP), as it is officially known, had a budget of 3.18 million Taiwanese dollars, or $103,000 in US dollars. Tesla won the contract, which resulted in a total of two Model 3 Standard Range Plus vehicles being purchased along with wall chargers and a solar system to charge the vehicles.


The Tesla Owners Taiwan Twitter account shared a photo of one of the Model 3 vehicles fitted with the official military license plates.

This will pave the way for more countries and organizations to adopt not just the Model 3 in official uses, but other EVs as well. Perhaps once the Cybertruck has been produced we will see more police use of these EVs. I love my cop shows and will watch a Criminal Minds marathon any day. The show uses Chevrolet Surbubans and other SUVs for those FBI agents who drive around and catch bad guys. That was so 2010s. I predict that in the 2020s we will see more Model 3 vehicles as well as Cybertrucks being used in this fashion — both on and off the screen.

Dubai has already indicated it plans to buy the Cybertruck for its police force. The Cybertruck will patrol in areas where there are a lot of tourists, according to the Dubai Police Major General Abdullah Khalifa Marri. With 500 miles of range, the Cybertruck would make a great official vehicle for any police or military use. We still have a ways to go before the Cybertruck gets produced, and Tesla’s Model 3 is more affordable than the Model X or S, which is probably the key reason why the Taiwan military probably chose it instead of the others.


Naturally, Tesla’s mix of range, performance, and tech must have been central to the decision.