Tesla CEO Elon Musk is clarifying his thoughts on Bitcoin (BTC) and cryptocurrency. In a new interview on the Third Row Tesla Podcast, Musk says he’s neither an advocate nor a critic of the emerging technology.

“I’m neither here nor there on Bitcoin… I thought [the Bitcoin whitepaper] was pretty clever.”

Musk says crypto supporters should acknowledge that digital assets are used for illicit as well as legitimate purposes.

Cash is becoming increasingly difficult to use, argues Musk, which is giving crypto an opening in the global economy. However, he does not think crypto assets will effectively replace cash and become the primary option for payments.

“Cash, these days, is used much rarer. It’s increasingly difficult to use cash. Some places, you can’t use cash at all. So, there’s a forcing function for transactions that are illegal, quasi-legal, and in some cases legal. But it’s got to have both legal and illegal…

So where I see crypto as, respectively, is a replacement for cash. But I do not see crypto being the primary database.”

I love to do research on innovations. I consider Elon musk my teacher because what he's doing is great for humanity, That'swhy i consider him Sir Elon musk
Previous Billionaire Elon musk says smoking marijuana with Joe Rogan was “not wise”
Next Tesla Seeks Approval to Build Heavier Model 3 in China 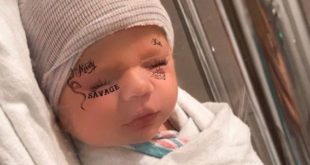 A few hours ago, The CEO of Tesla Billionaire Elon musk donated $1 Million to …

No doubt, Elon musk is doing great for humanity and we’ve been discussing this topic …

Aliens exist or not? This question is asked many times but the answer doesn’t make …