Tesla will conduct an internal investigation after the collision of an electric vehicle with a tow truck in Moscow. This was announced on August 12 by the city news agency Moscow with reference to Igor Antarov, managing partner of Moscow Tesla Club.

“We collected all the information and transferred it to the European office of Tesla, which is conducting an internal investigation. They take such incidents very seriously and intend to make a conclusion on the results of the investigation, ”Igor Antarov reported.

The incident occurred on the evening of August 10 on the 40th km of the inner side of the ring road. The Tesla electric car, driving on autopilot, crashed into a standing tow truck and exploded. After that, the car burned to the ground.

As a result of the incident, three people were injured – Tesla driver Aleksey Tretyakov, general director of Arikapital management company, and his two children.

On July 3, it was reported that the Tesla Model 3 electric sedan successfully passed all types of crash tests conducted by EuroNCAP, including simulating a side collision with a pillar.

I love to do research on innovations. I consider Elon musk my teacher because what he's doing is great for humanity, That'swhy i consider him Sir Elon musk
Previous Elon Musk refutes Lukashenko’s gift of Tesla electric car
Next The head of Roskosmos isn’t satisfied with Elon musk’s Starship 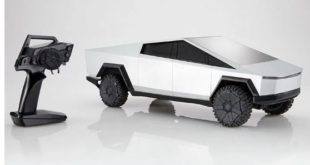 Tesla’s Model 3 has been chosen for the Taiwan military’s EV fleet, Tesmanian reports. The Republic of …

Tesla Inc. is planning to build a heavier version of the Model 3 vehicles than …