Tesla signs the largest Megapack battery sale in its history 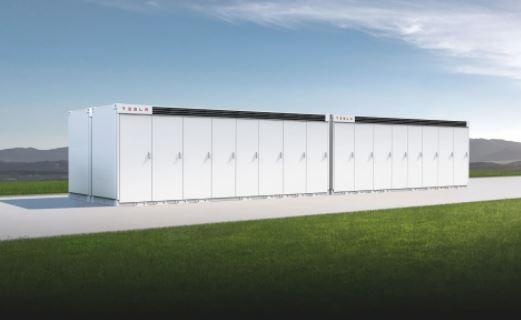 Tesla is much more than electric cars. The Californian manufacturer has revolutionized the energy industry with its Megapack. Little by little, companies are betting on this new storage concept. Now the largest Megapack contract on record to date has been announced. Tesla and Arevon have sealed a deal that secures a supply of 2 GW/6 GWh of Megapack.

Until now, the industry has had a very difficult time with energy storage. Traditional systems are expensive and complex to install. Tesla has changed the way such energy can be stored thanks to the Megapack. Over the past year, the company has been awarded major contracts and is now in a privileged position. However, it has now reached a new high with the signing of the agreement with Arevon.

Considering what Megapack has deployed so far, the Arevon contract ensures an energy capacity that doubles what has been realized. A huge battery fleet that marks a turning point in the market. Thanks to this agreement, Tesla becomes the market leader, forcing other companies to change their way of conceiving reality, something they already did in their time with mobility.

Arevon has opted for the Megapack system for its California production facility. The facilities will be configured to be capable of supplying up to four hours of power during peak hours of the day. By the end of this year, Arevon will have overseen the construction and commissioning of 250 MW/1,000 MWh of battery energy storage systems at the California and Nevada plants.

In the US, demand for stationary batteries has seen considerable growth in recent years. As predicted by some consultancies, the market has only just begun. It is expected to grow to 35 GWh per year by 2026, with a value of $8.9 billion. Thanks to the agreement signed with Tesla, Arevon will take the lead in this energy race, which looks set to be very interesting in the coming years.

At the signing of the agreement, Justin Johnson, CEO of Arevon commented: “Arevon is at the forefront of driving the energy transition through solar and storage resources. We are pleased to work with Tesla to secure a quality product that is in high demand. This agreement ensures that Arevon can deliver near-term storage solutions to our customers, mitigating the risk of supply shortages and project delays”.