The first generation of sodium batteries is here: the alternative that threatens the reign of lithium and promises 80% charges in 15 minutes

Lithium, cobalt, and nickel have increasingly high prices due to the demand for these materials for the production of batteries for electric cars. Against this, the leader in batteries CATL (Contemporary Amperex Technology) has presented this week the first sodium-ion battery ready for commercial deployment .

CATL is the Chinese giant specialized in the manufacture of batteries for electric vehicles and a supplier to manufacturers such as BMW, Tesla, Toyota, or Volkswagen, among many others. But the same company that produces lithium batteries on a large scale has been the first to announce a sodium battery, a more abundant and cheaper material than lithium.

As described by Reuters, lithium supplies are expected to be scarce by 2022 and this move by CATL implies that there is a “plan B” in case there is not enough lithium for all the batteries required by electric cars.

These new sodium batteries promise 80% charges in 15 minutes, good energy density, and better thermal stability, to function properly in both high and low temperatures. The latter is precisely its best advantage over lithium, beyond its economic cost.

The first generation of sodium-ion batteries will have an energy density of 160 Wh / kg, an acceptable level although below that achieved with lithium, where current batteries move around 200-250 Wh / kg. 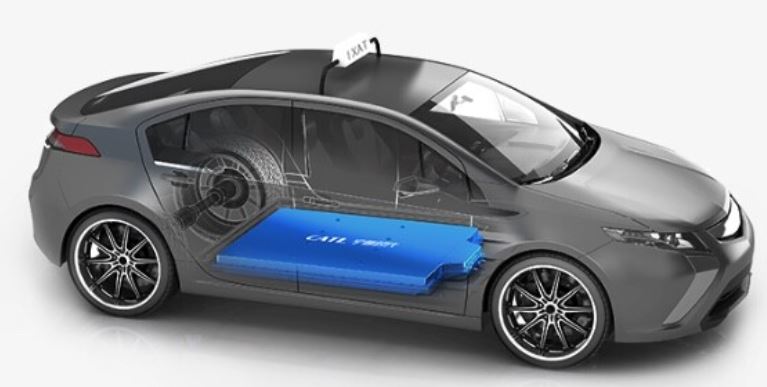 Sodium-ion batteries have been on the table for years. “The main challenge in developing a battery that is more cost-effective than lithium batteries is the lack of high-performance electrodes,” explained Minah Lee, a postdoctoral researcher at Stanford University. As CATL describes, its system integrates sodium-ion cells with lithium-ion batteries in a single AB battery system.

“The sodium-ion battery has a working principle similar to that of the lithium-ion battery. Sodium ions also travel between the cathode and anode. However, compared to lithium ions, sodium ions have a higher volume and higher requirements in terms of structural stability and kinetic properties of the materials “, describes the Chinese manufacturer.

CATL’s goal is to establish a large-scale production chain by 2023. China sees great potential in sodium batteries and includes this technology in its national energy plan.

At the moment they have taken the first steps to start production, but their sights are already set on the second generation of sodium-ion batteries with an energy density of 200Wh / kg. We will have to wait to see if sodium will eventually challenge lithium for its reign as the most widely used material for batteries.