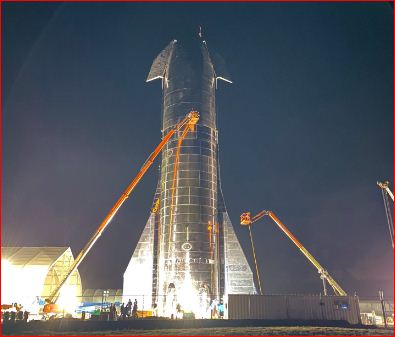 Elon’s Starship has capability of carrying humans to Mars, Moon and beyond as SpaceX made statement.

People around the world are appreciating Elon what he is doing for Humanity but The head of Roskosmos doesn’t seem happy.

The head of Roskosmos says only 20 percent of what SpaceX conceived can be implemented.

“I watched the presentation. I was not impressed,” he said, answering the corresponding question from the TASS correspondent. which accompanies this kind of projects, which is also needed to attract investors. ”

The presentation of the Starship modification of the Mk1 was held on September 29 in Texas. The head of SpaceX said that the first orbital flight of the ship is planned to be completed within six months.

Starship is a reusable spacecraft designed to fly to Mars and designed for 100 people. As Musk previously emphasized more than once, he founded SpaceX in 2002 with the goal of helping humanity colonize Mars. As a temporary guideline for sending researchers to Mars, he called the year 2022.