The Hubble Space Telescope has found a stellar nursery 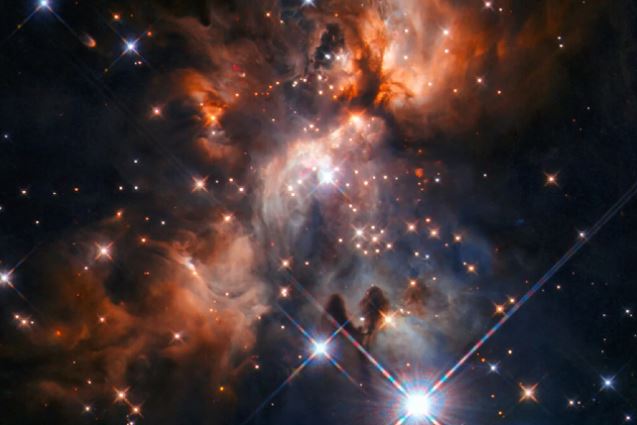 The Hubble Space Telescope has made countless contributions to the advancement of astronomy. Once again, he can go down in its history, thanks to his latest discovery.

The main dish, in this case, is the stellar nursery, which is the place where the stars are especially intensely born. Observing these types of areas can be really useful in the context of gathering clues about the formation of the solar system.

More specifically, it is AFGL 5180. This stellar nursery is in the constellation Gemini. As you can see in the photo, a massive star formation is taking place at its center, emitting high-energy jets. The light from this star hits us, illuminating the voids created by these jets.

The AFGL 5180 nebula is 4,900 light-years from Earth. The stars formed there, as in other objects of this type, are born in an environment rich in dust. From an astronomy perspective, it is a nuisance because it can prevent you from seeing objects. On the other hand, it is thanks to him that breathtaking cosmic images are created.

In this case, the Wide Field Camera 3 instrument of the Hubble Space Telescope, which was designed to capture detailed images in both visible and infrared light, played a key role. In practice, this means that scientists are able to see even young stars hiding in star-forming regions such as AFGL 5180.

The Hubble Space Telescope began its mission in April 1990. Since then, he has served astronomers almost continuously, making numerous discoveries that have permanently changed science. However, a question mark over its continued functioning appeared in June this year, when there was a serious malfunction related to its computers. Ultimately, after several weeks of trial and error, the NASA management team managed to get the telescope back into operation. Almost immediately, he returned to what he does best, which is taking pictures of the cosmos.