The most dangerous asteroid capable of destroying the Earth – what is it? 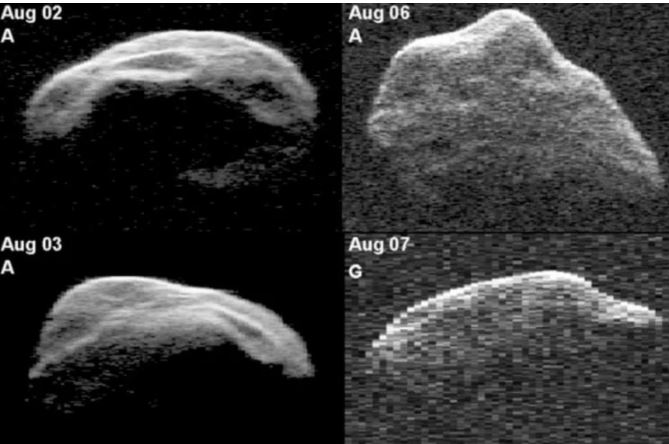 In many catastrophe movies, we are shown scenarios in which a space object, which is also capable of destroying all life, flies to our planet. It sounds very scary, and it gets even creepier when you realize that this kind of catastrophe can really happen. Scientists are constantly monitoring the trajectory of known asteroids so that if anything, they can take protective measures. Recently, they found out which of the space objects poses the greatest threat to us. Regular readers of our website should already be familiar with this asteroid. Guess who it is?

I will give the most obvious hint – in 2016, the OSIRIS-REx interplanetary station was sent to this space object. For 2.5 years, this device was able to draw up a detailed map of the asteroid and show us the craters on its surface . Also thanks to the station, we know that this space object is very active – it emits particles that circle around it like tiny satellites. At the moment, the OSIRIS-REx vehicle has left the orbit of the asteroid and is heading towards the Earth along with samples of its surface. It is expected to land as early as September 2023. Well, guess what kind of asteroid we are talking about?

The most dangerous asteroid

Of course, I’m talking about the asteroid Bennu. It was discovered by scientists in 1999 and almost immediately became considered one of the most potentially dangerous space objects. The diameter of this asteroid is estimated at 510 meters – scientists suggest that it used to be part of an even larger object, but for some reason broke away. According to the calculations of scientists, if the trajectory of the asteroid’s motion intersects with the location of the Earth, it will fall on our planet at a speed of 12 kilometers per second. The power of the explosion when falling can be 1150 megatons in TNT equivalent. For comparison, the most powerful Tsar Bomb in the history of mankind had power of “only” 58 megatons.

The probability of an asteroid falling to Earth

NASA’s Jet Propulsion Laboratory recently announced that this asteroid is the most dangerous to our planet. At the moment, the likelihood of its collision with the Earth is unlikely, however, it constantly changes its route due to a number of factors. One of them is the Yarkovsky effect – when different sides of an asteroid are heated under the light of the Sun, a reactive impulse arises, which gradually affects the line of motion of the object. You should also take into account the change in trajectory due to resistance to the solar wind.

In the course of the new scientific work, the researchers led by Davide Farnocchia took into account all these factors and came to conclusions that were published in the scientific journal Icarus. Calculations have shown that the probability of a collision of the asteroid Bennu with our planet before 2300 is 1 in 1750. Most likely, the catastrophe will happen in September 2182. The danger of the asteroid received a value of -1.6 on the Palermo scale – nothing more dangerous than Bennu is unknown to scientists. Previously, the most dangerous asteroid was (29075) 1950 DA with an index of -1.4.

The Palermo scale is used by astronomers to assess the danger of near-Earth objects. When determining the level of danger, data on the kinetic energy and the probability of collision of the Earth with a near-Earth object are used. There is also a Torino scale, but it gives less accurate results and is used for simple descriptions.

Saving the Earth from an asteroid fall

The collision of the asteroid Bennu with the Earth is still far away, but the way to save mankind needs to be developed today. Recently, the National Space Science Center of China-proposed changing the trajectory of a space object using several heavy Changzheng 5 rockets, also known as the “Long March 5”. Each of them weighs about 900 tons – it is believed that by hitting an asteroid, they will be able to deflect it about 9,000 kilometers. This is 1.4 times the diameter of our planet, so the catastrophe can certainly be avoided.