The ninth planet may be closer than scientists thought 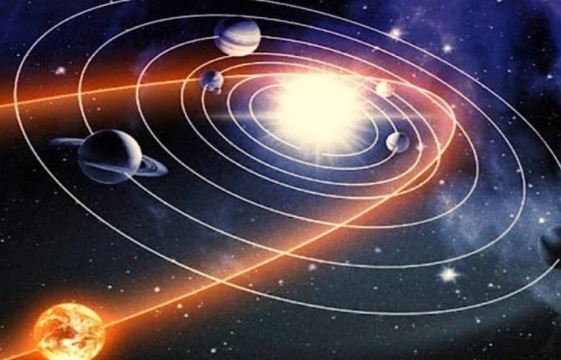 One of the most intriguing mysteries of the solar system is whether there is a large ice planet on its “outskirts”, far beyond the orbit of Neptune. This hypothetical planet has been nicknamed by some researchers “The Ninth Planet”. The debate about its existence in the scientific community has been going on since the assumption was made about its existence. The idea of ​​its existence was prompted by the fact of gravitational action on a group of small objects with highly elongated orbital shapes. Scientists suggest that Planet Nine has an incredibly large orbit in which it moves around the sun, resulting in a year on this planet that lasts 18,500 years. As a result of its enormous distance from the sun, it is not easy to spot. Accordingly, the search for the planet has not yet yielded positive results. Critics argue that this planet simply does not exist, and the strange orbits of small objects in the Kuiper belt, which its supporters refer to, have nothing to do with this planet. Nevertheless, they continue to search for her. Moreover, the new analysis showed that the planet could be much closer and more noticeable than scientists previously assumed.

According to the latest study, the results of which will soon be published in the Astronomical Journal, the planet may orbit the Suns not in 18,500 years, as previously assumed, but in 7,400 years. That is, its orbit is much smaller, respectively, it is closer to the Sun. This means that in telescopes it will look brighter than astronomers previously thought.

According to Mike Brown, an astronomer at the California Institute of Technology and author of the new study, the planet could be discovered soon, within a year or two. True, he immediately adds that he has been making such forecasts over the past five years since he is very optimistic about this.

In recent studies, Mike Brown and his colleagues at the California Institute of Technology Konstantin Batygin say that the mysterious planet is about six times more massive than Earth. It is likely either solid, such as Earth, or gaseous, such as Neptune, but smaller. If discovered, it will be the first large object to join the planets in the solar system since 1846, when astronomers discovered Neptune. By the way, astronomers of that time also spoke about the existence of Neptune in advance, having discovered its gravitational influence on the planet Uranus.

For many years, skeptics have argued that all hints about the existence of Planet Nine are nothing more than mere observation errors. Over the past five years, several teams have come to such conclusions, using different datasets and different equipment for their research.

Most objects with unusual orbits are detected with telescopes, which have very limited time to view the outer solar system. Astronomers have so far only been able to discover a handful of such distant objects, and without a more accurate and detailed study of the outer solar system, it is impossible to tell if they are actually behaving strangely as if they are under the influence of a powerful gravitational field.

Perhaps the Ninth Planet is a “ghost”. That is, its supposed gravitational influence on other objects is an illusion created by a small number of misleading data points. Astronomers are still working on this mystery, and Brown and Batygin’s latest analysis is one such attempt to get an answer.

Scientists, based on their calculations, even indicate a section of the sky where the Ninth Planet is likely to be. This area of ​​the Milky Way is one of the most populous. The cluster of sparkling stars in this area helped, in their opinion, the planet to hide from the eyes of researchers.

“It’s good that they made a detailed forecast. I would be very happy if this planet turns out to be existing, ”says Michelle Bannister of the University of Canterbury, whose work in 2017 challenged the“ Ninth Planet ”hypothesis.

Planets X in the outskirts of the solar system

Astronomers began to speculate about the existence of another planet more than a century ago. They believed it was seriously affecting Neptune’s orbit. Astronomer Percival Lowell named this putative object Planet X and was so confident in its existence that he left a million dollars in funding for the search after his death in 1916.

The Caltech team based their prediction of Planet Nine on how they believed it would affect a group of Kuiper belt objects. These small icy objects beyond Neptune have extreme orbits that carry them at least 150 times farther from the Sun than Earth’s orbit.

In 2016, Batygin and Brown scrutinized six of these objects, whose elongated oblique orbital trajectories have baffled scientists for years. The team concluded that the invisible planet is about 10 times more massive than Earth. The estimated mass of the planet is between Earth and Neptune. Such objects are common in our galaxy but do not occur in the solar system.

Brown and Batygin’s latest study is based on a slightly different set of data. Some of the original Kuiper Belt remained in their dataset, but the team added some refinements and discarded all objects whose orbits were influenced by Neptune’s gravity. As a result, they worked with 11 objects.

As a result, the study showed that the probability of stretching the orbits of objects due to the impact of the Ninth Planet on them is 99.6%. Batygin also conducted many simulations to predict the characteristics of a planet that could form such orbits. It was on the basis of these data that scientists made an assumption where it is worth looking for the Ninth Planet.

At the moment, scientists are pinning their hopes on the Vera Rubin Observatory, which is currently being built on the top of Mount Chile. Starting in 2023, this 8.4-meter telescope will allow astronomers to track the movements of millions of celestial objects, including space debris, asteroids, comets, spy telescopes, stars, and possibly even Planet Nine.