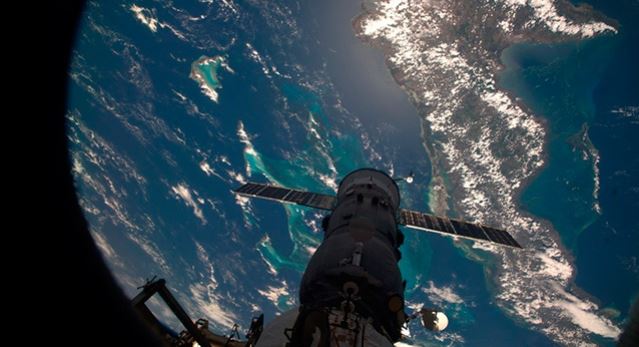 Aliens exist or not? This question is asked many times but the answer doesn’t make us satisfied. Today I’ve brought to you an incident that happened to a Russian Astronaut Roman Romanenko .

A Russian Astronaut Roman Romanenko, The son of twice Hero of the Soviet Union Yuri Romanenko, who spent more than 333 days in Space. Speaking with a Russian newspaper Komsomolskaya Pravda he told an incident that happened to him and he got scared.

“We were sitting on ISS and i heard a knock on gate. I went to see who was there. I opened and got astonished because no one was there. Was that Alien?” told Russian Astronaut.

“I remember sitting one evening, drinking tea, summing up the day. And suddenly – one knock, another … Someone flew to visit? And we have a wall thickness of only 3 millimeters, a weapon, if that, only me – like a commander. In the ship, under the seat, ”Romanenko quotes the Komsomolskaya Pravda website.

The astronaut added that what had happened alerted everyone who was present at the station. However, after checking nothing suspicious was found.

“Not aliens – and thank God,” the astronaut concluded

If Aliens do not exist then who was that?

Elon musk‘s company SpaceX is working on a mission to make the human multiplanetary. Due to the low budget, Tesla CEO Elon musk has a plan to send 42,000 starlink satellites to low earth orbit to provide fastest internet to every corner of the world at cheap cost and the revenue generated from Starlink satellites will be used in Starship.