What will happen to the planet if all insects disappear? 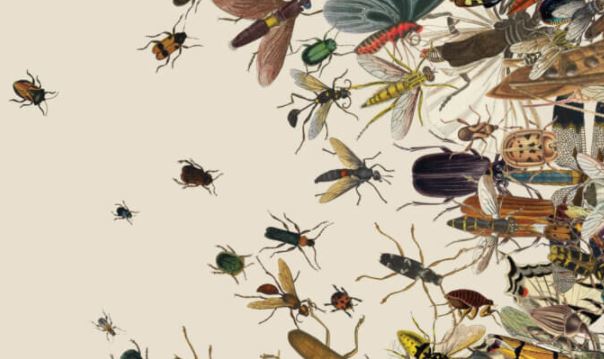 Honestly, I don’t like insects. Especially spiders (although they belong to the class of arthropods), and I don’t really like others either, sometimes even butterflies scare me – have you seen their antennae? But no matter how we treat these tiny creatures, without them life on our planet would be simply impossible. Insects are needed to pollinate our crops, process manure, maintain soil health, fight pests – just to name a few. Moreover, they are a food source for many animals such as birds, frogs and fish. Why, even wildflowers rely on insects for pollination. Meanwhile, most of us live in cities, which means that from childhood we practically do not see insects, except for house flies, mosquitoes and cockroaches – in fact, that is why we do not like them. Insects are often referred to as “creepy crawling creatures” – nasty, running, filthy creatures that live in darkness and spread disease. Therefore, few realize how important these creatures are for our own survival. Researchers believe that as the number of insects dwindles, our world will gradually plunge into chaos.

Invisible apocalypse: a world without insects

I will be frank – scientists have little good news for you and me. Take, for example, the latest research on coronavirus, rapid climate change and the state of the Earth’s ecosystems – wherever you look, the situation is critical. Mutations of SARS-CoV-2 continue despite vaccination, and the results of a very recent study, according to The Washington Post, showed that vaccinated people can infect unvaccinated Delta variant.

But back to insects. Scientists call what is happening unnoticed apocalypse : their number is rapidly declining – 41% of insect species are facing extinction. “If this massive insect death continues, the consequences will be catastrophic,” said Dave Goulson, professor of biology at the University of Sussex in the UK and author of the report on insect decline.

“Three-quarters of our crops depend on pollinating insects. Crops will start to disappear. For example, you can forget about strawberries, ” he said in an interview with CNN.

In addition to their role as food, insects perform many other vital functions in ecosystems. For example, 87% of all plant species require animal pollination, most of which is delivered by insects. The colorful petals, scent and nectar of flowers have evolved to attract pollinators. Without pollination, wildflowers would not produce seeds, and most of them would eventually disappear.

But the absence of pollinators will have far more devastating ecological consequences than just the loss of wildflowers. About three-quarters of the crop species we grow also require insect pollination, and if the bulk of the plant species could no longer seed and become extinct, every community on earth would be affected. We cannot feed nearly 8 billion people without insects.

Reducing the number of insects

As shown the results of an interesting study, land-use change in agriculture are the main reason for reducing the number of insects in the world.

“The industrialization of agriculture in the second half of the 20th century included agriculture on a vastly expanded scale, monoculture, the use of increasing amounts of pesticides and fertilizers, and the elimination of intermittent hedges and other fragments of wildlife habitat. All these methods contribute to the death of insects and the reduction of biodiversity, “- write the authors of the scientific work.

It is important to understand that the problem of insect mortality is widespread – currently about 11% of the Earth’s area is used for growing crops, and another 30% is used for grazing livestock. The authors of the study are especially concerned about the impact of agricultural activities in tropical regions, where deforestation is widespread to clear land for agriculture.

“With the vast majority of insect species living in the tropics, deforestation is undoubtedly one of the greatest threats to insect biodiversity in the world,” the study said . Since, according to scientists, less than 15% of insects in the tropics have not yet been discovered by humans, this means that many species will become extinct even before we know about their existence. This can make it difficult to understand the impact of their loss on forest ecosystems as a whole.

Another study has shown that the climate crisis is making even more dangerous insect declines than the direct effect of land-use change.

“From invasive species to habitat loss, pesticides and pollution, Anthropocene stressors are numerous and multifaceted, but none are as geographically widespread or likely to interact with all other factors like climate change,” the study said.

The authors conducted a literature meta-analysis based on the results of long-term monitoring of insect populations and found many cases of their decline. For example, in the mountains of California, rising average daily minimum temperatures have led to sharp declines in some populations of butterflies, especially during dry years, as warmer climates disrupted mating schedules and access to nectar-producing plants. The same was true for moth populations during warmer temperatures in Finland and the UK, where they had problems maintaining optimal body temperatures.

In a forward-looking article that brings together the findings of 11 studies, scientists outline key ways that world leaders could achieve insect decline. These efforts should include closer monitoring of health and insect populations, as well as stressors from rising temperatures to pesticide use. In addition to creating new monitoring, the authors call for more resources to analyze existing data, many of which are hardly analyzed or considered at all.