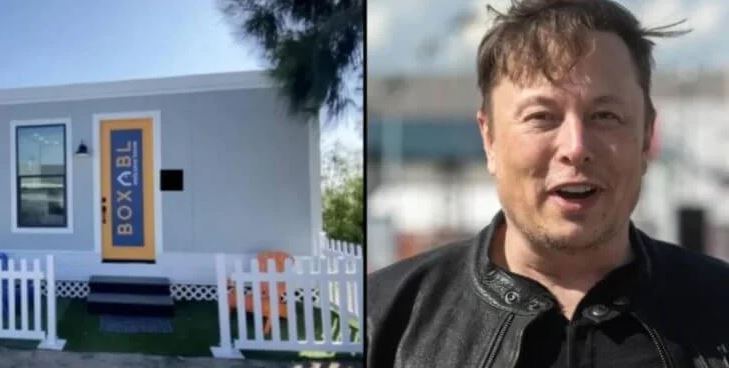 According to Forbes, at the personal disposal of the head of Tesla, Elon Musk has about $151 billion. He can easily afford life in a posh mansion, but recently it was revealed that he lives in a very modest dwelling, similar to a container. It’s cheaper than some Tesla cars and only has one room to sleep in. Elon Musk’s home is located in the Texas village of Boca Chica, next to SpaceX’s private launch site. Apparently, the entrepreneur now has a lot of work and that is why he prefers to live near the place of events important for his profitable company. He also has a large mansion, but he does not want to live in it and uses it for other purposes. But in which ones?

According to NZME , Elon Musk ‘s house is only worth about $50,000. The area of ​​his dwelling is 35 square meters and it has only the most necessary things: a kitchen, a living room, a bathroom and a bed. 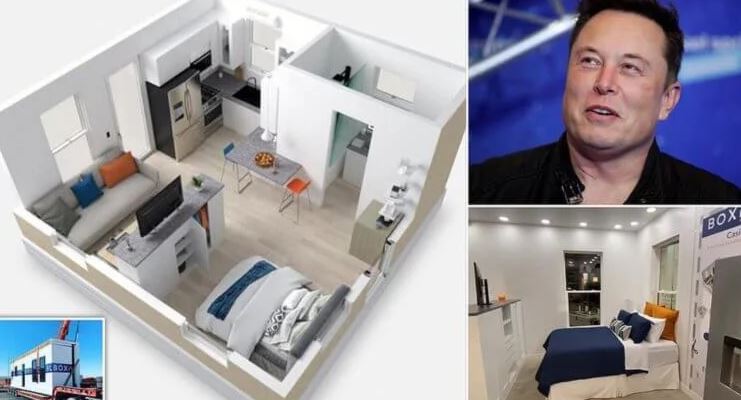 It is known that the house was built in just one day by Boxabl. In 2018, a Las Vegas-based startup made a splash with its announcement that it could cut the cost of building comfortable homes by as much as 50%. It builds houses from 2.9-meter high blocks that can be attached to each other in a variety of ways. The blocks are covered with magnesium oxide, so the houses are fireproof, waterproof and mildew resistant. The process of buying a house from Boxabl looks simple: the buyer chooses the layout, and the builders assemble the house like a Lego set.

Elon Musk’s humble home is located in Boca Chica, Texas. It is there that the private spaceport of SpaceX is located, from where launches of Falcon 9 launch vehicles, Crew Dragon spacecraft and Starship prototypes for flights to Mars are made. The company is actively recruiting new employees, so in the future it intends to create a small town so that workers do not have to travel far. The settlement is planned to be created on the border between the United States and Mexico in a territory that officially does not belong to anyone. The workers’ children will attend a Brownsville school, which can be reached in about 20 minutes by bus.

Earlier, Elon Musk had a fairly large package of real estate worth $143 million. But in May 2020, he announced that he had started selling his physical property. For example, in June of this year, he announced that he had sold his home in San Francisco. At the moment, in addition to a small house, he has a nine-bedroom mansion. He bought it in 2017 for $33 million and is now renting it out for big events. At the same time, the mansion has already become more expensive and is estimated at 53.6 million.

In his small house next to the cosmodrome, Elon Musk clearly lives in complete solitude. No one knows where his wife, singer Grimes, lives with her son X Æ A-12. Most likely, they live in a mansion or apartment, which is not registered in the name of Elon Musk.

As for cars, during his life, Elon Musk managed to sit in the salon of many cars. He even had the legendary Jaguar E-Type convertible, the luxurious McLaren F1 and the James Bond Lotus Esprit car. At the moment, all Tesla cars are probably in his garage, but his favorite is the Cybertruck pickup. Driving a novelty that has not yet been released, he often appears in public .